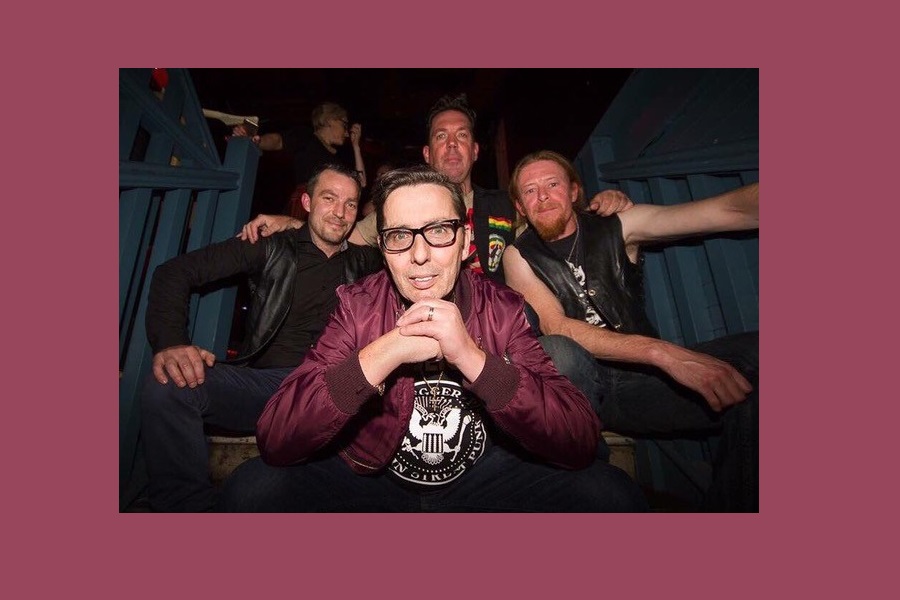 Reekus Records is proud to announce a unique release from Dublin Punk band Hooligan, featuring the great Christy Dignam of Aslan on vocals. ‘(Justa Nother) Teenage Rebel’ is a cover of The Outcasts much loved paean to familial teenage angst, written by Martin Cowan and released into the Belfast Punk scene in 1978.

As a lifelong Aslan fan, Hooligan frontman Dave Linehan credits his invlovement in music to the encouragement he received from Dignam after an Aslan gig over twenty five years ago. After reconnecting, Dignam was enamoured by Linehan’s story, and the two agreed to collaborate on a single. As yet another form of reconnection, the single will be released on Dignam and Aslan’s original label Reekus Records, who’s founder Elvera Butler first launched their break through single ‘This Is’ in 1986.

The new collaboration gave their first live performance at a launch for the single at the Grand Social last week. The single was recorded and mixed by Al Cowan at Sonic Studios in Stoney-Batter,with a gritty punk -style video by Neil Elsworthy.