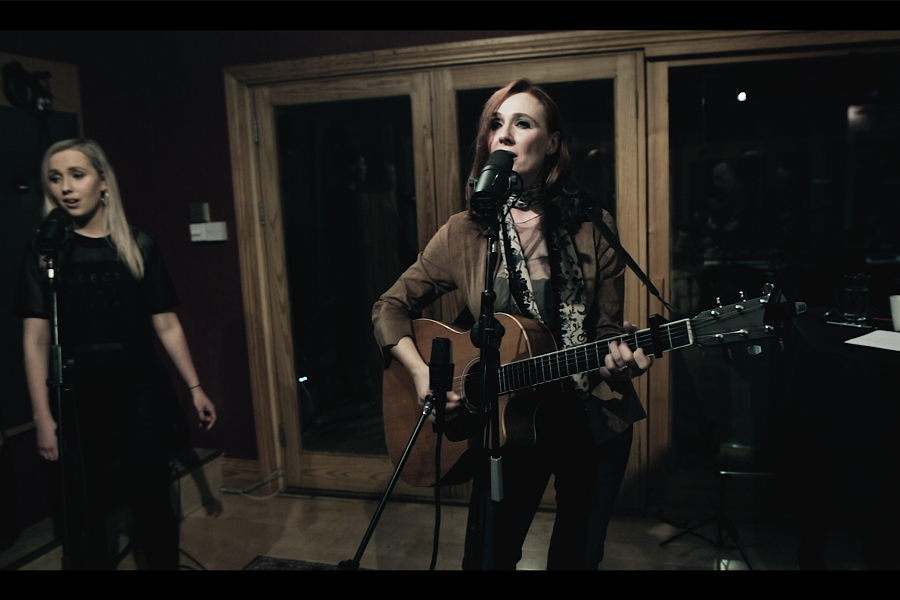 As a prelude to her upcoming second album Unbroken Line, Dublin singer-songwriter Ciara Sidine is launching four videos of live material from the record.

She kicks off with a single-take recording of the track ‘Trouble Come Find Me’, filmed by videographer Steve Mogerley at Camden Recording Studios. The dynamic recording captures an arresting live energy and showcases Sidine’s extraordinary vocal, in a song that is a statement as much political as personal, a feminist call seeking out trouble in order to keep the fires of change burning.

Sidine says, “‘Trouble Come Find’ me was inspired by the turbulent journey of a close friend, a woman who devoted her life to working with women, in the fight for meaningful choice in our reproductive lives.

“It is a call for women to unite to keep the fires of change burning, as there is so much still to be fought for in Ireland, not least our right to bodily autonomy. I wanted it to impart a sense of something brewing, an edge of danger. We live in dangerous times, where instead of being enhanced, human rights are being eroded across the world. We need to make trouble now more than ever.”

Further live videos from this alt country artist will be released over the coming weeks in anticipation of her album launch and Sugar Club gig later this year on 21 September.

Singer-songwriter Ciara Sidine was born in Dublin, Ireland. Her first album Shadow Road Shining was critically acclaimed, and her upcoming album Unbroken Line will come out in Sept 2017.