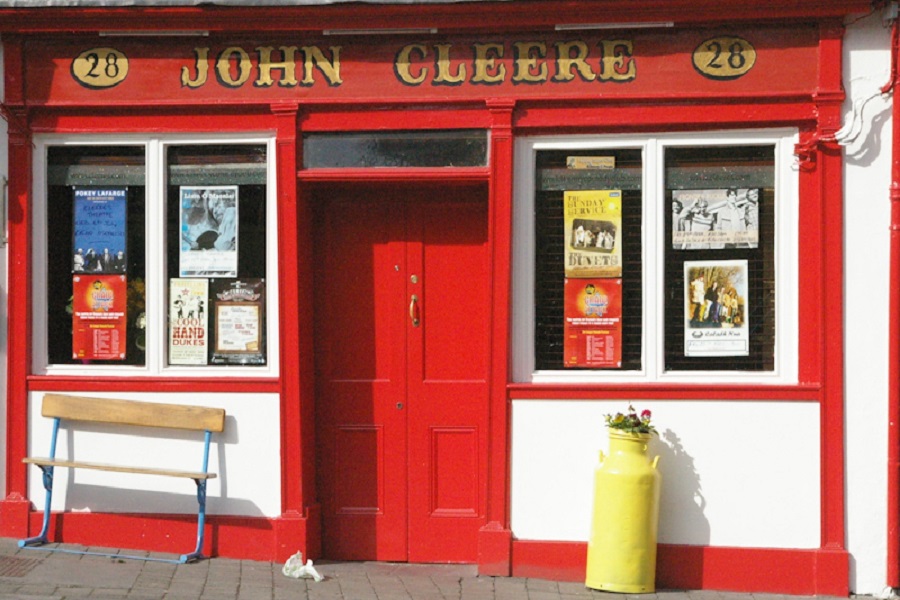 Cleere’s Bar and Theatre in Kilkenny is celebrating 25 years of live events this year. The venue on Parliament Street, Kilkenny was opened by John and Phyl Cleereback in 1990 and has developed a strong footing in the live music scene in Kilkenny for national and international acts.

Over the years Cleere’s has played host to countless music, comedy and theatre shows with guest musicians including Christy Moore, Martin Hayes, Ray LaMontagne, Micah P Hinson, The Thrills, James Vincent McMorrow, Frankie Gavin and Damien Dempsey among many more. Its dedication to live music was shown last year when it picked up an IMRO Live Music Venue Award for Rest of Leinster.

“Music has been a very important feature of Cleere’s over the past 25 years. It has helped the pub to stand out from the crowd in a very crowded market and helped it gain a national and international reputation. It has also given an opportunity to dozens of local acts to develop their talent in a well run venue. Paul McCabe and Johnny Holden have maintained the vision for Cleere’s started by Phyl and myself back in 1990.”

The 25th anniversary will be celebrated on Saturday October 10th, with a mixture of theatre, readings and songs. Special guests on the night are John Blek and The Rats.