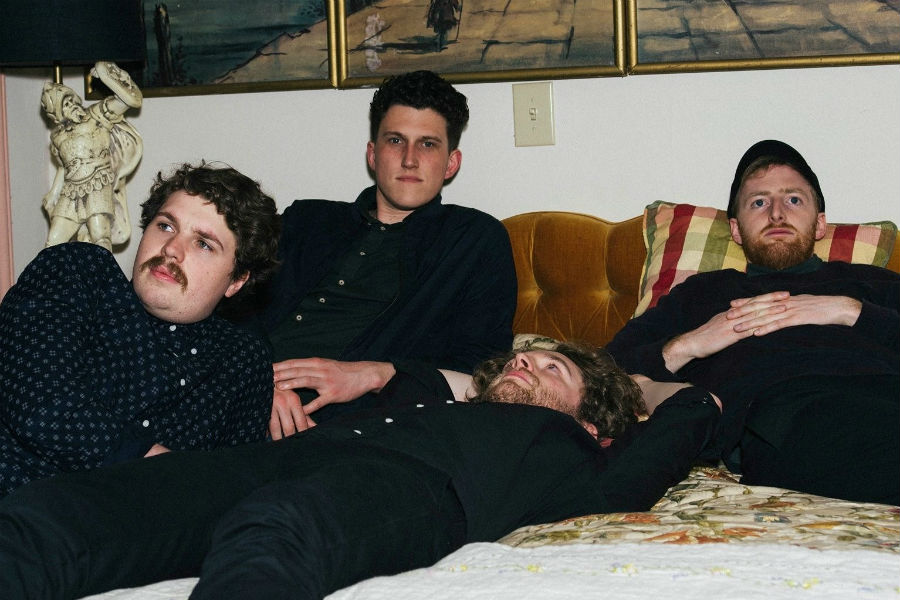 Dublin four-piece Cloud Castle Lake have announced the release of their long-anticipated debut album ‘Malingerer’ on April 20th via Bright Antenna Records. The eight-track album was produced by Rob Kirwan (Hozier, PJ Harvey) and is a glorious statement of intent from an incredibly ambitious and extraordinary band. To mark the announce, the band are streaming the dynamic and cinematic album title track, listen HERE.

Speaking of the track, Daniel McAuley says, “’Malingerer’ started out as a recording of Brendan J just messing around on a piano through a cool echo effect. There was a mood to it that was instantly very inspiring. As we fleshed it out into a song we constantly referred back to the early recordings to make sure we maintained that feeling. One of the reasons it has such a bonkers structure is that we wanted each section to flow into the next and progress without losing that initial spark. A big goal of the album was to get closer to our most honest and original sound together. We consider it the one that best articulates that. I did that textbook thing and went off to a remote cabin to try write. It was in the middle of nowhere in Donegal, no running water or electricity and at the tail end of a January storm so I went a little bit crazy there and the lyrics absorbed a lot of that.”

The release of ‘Malingerer’ follows a recent 5-city North American tour and two singles from the album, the rousing ‘Twins’ described by Stereogum as featuring “their signature brand of art-rock high drama, with post-Radiohead falsetto stylings buoyed by grand orchestral instrumentation toward a sort of heavy-hearted euphoria,” and ‘Bonfire’, which was described by Clash as “remarkable”.

As well as preparing their new album, the band also recently composed an original score for Ballet Átha Cliath, a beautiful short film produced and directed by Howard Jones and choreographed by Irish ballerina, Zoë Ashe-Browne. The film, shot over the course of one day in August of last year, uses site-specific dance performance to create a visual love letter to the city of Dublin. Watch it HERE.

Having burst onto the scenes back in 2014 with their self-released debut ‘Dandelion EP’, the young band has since been championed by critics across the globe. Pitchfork welcomed them for being an “extremely rare case where a band incorporates not just the vocals and the rhythmic vibrancy, but also the pioneering spirit.” Stereogum hailed them as “one of the best” to come out of CMJ Music Festival in 2015 and NME called it when they appointed them as the “future trail-blazers” that they are.