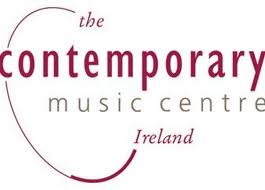 Works performed during the September Salon include James Wilson, Undesirables; Alyson Barber, Boithre Bana; Elaine Agnew, Snow-Hole; Ed Bennett,You're always right!. All works which Concorde has performed. Jane O’Leary, composer and director of Concorde will be in attendance to talk about these works and Concorde’s experience with the music being performed and the composer who created the pieces.

Tine Verbeke has a musical career which spans not just years but continents as well. Originally from Belgium, now based in Gweedore, Tine has performed several times with the Donegal Chamber Orchestra, the Magee University choir and has also been on the Shaun Doherty Christmas show with the Donegal Youth Orchestra. Tine was involved in the highly successful ‘One Less Petal, One Less Flame’, Flight of The Earls commission as a vocal coach to the 200 strong primary schools choir. As director of the ‘Errigal Singers’ she was involved in the launch of the Errigail Arts Festival 2010. Tine began her performing days in Ireland with the RTE Singers, she coaches professional Rock and Roll singers and is now teaching again in Dublin for BIMM, the new degree course for modern music.

Martin Johnson, born 1975, joined the RTE National Symphony Orchestra in 2000 and moved to Dublin, where he has subsequently been appointed Section Leader 2004 and in January 2008 made his Irish debut as a soloist with the Orchestra. Martin has performed throughout Europe, USA and China. He  is also a cello teacher and is a member of the teaching faculty at the Young European Strings music school based in Dublin where he has a thriving cello class. Martin plays a fine cello by Thomas Kennedy of London c.1810.

Concorde contemporary music ensemble was founded in 1976 to promote new music on a regular basis and this November 2011 in celebration of 35 years continues with a series, Up Close with Music, funded by an Arts Council Project Grant Award 2011, highlighting past repertoire and specially composed pieces by Irish composers.

The CMC new music::new Ireland salon series aims to encourage newcomers and enthusiasts alike to engage with the music of Irish Composers. Each performance takes place in an informal atmosphere with dialogue encouraged between composers, performers and audience. This is the Centre’s eighth series and this year to celebrate 25 years of the Contemporary Music Centre and as part of a series of events planned for 2011, the salons have taken place across the year on the last Wednesday of each month, apart from the summer months (June, July and August).

The Contemporary Music Centre is Ireland's national archive and resource centre for new music. The Centre is supported by the Arts Council/An Chomhairle Ealaíon and the Arts Council of Northern Ireland.  The Centre would like to thank the National Concert Hall for the use of the Kevin Barry Room for the salon series.
Admission is free for the new music::new Ireland salons but booking is strongly recommended. To book please contact the National Concert Hall on tel: 01 4170000 or email: ei.hcn@ofni. composers involved contact Karen Hennessy, Promotion Manager, The Contemporary Music Centre, 19 Fishamble Street, Temple Bar, Dublin 8, tel: 01-673 1922 or email: ei.cmc@yssennehk, web site: ei.cmc@ofni