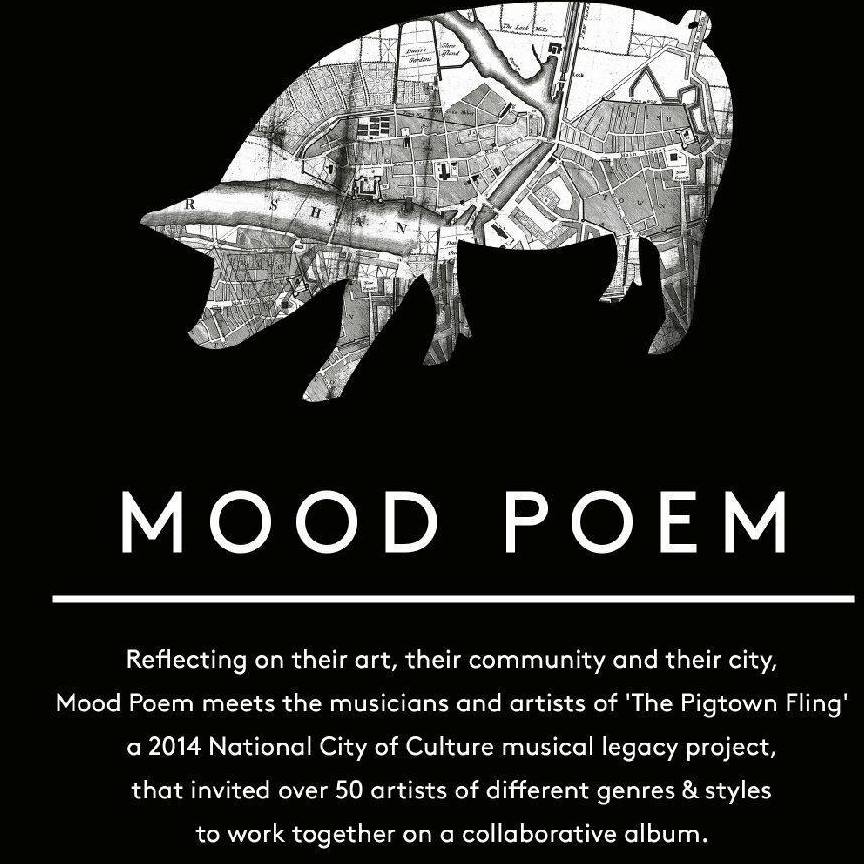 Exactly a year to the day on which the Pigtown Fling was performed live in Limerick’s Crescent Hall, a new documentary film directed by Shane Serrano celebrates the project’s achievements and pays homage to the city which inspired the project. The Pigtown Fling music legacy project was recorded using facilities at University of Limerick and the Limerick Institute of Technology.

Mood Poem tells the story of the Pigtown Fling – a project which was funded by the Limerick City of Culture in 2014. The Pigtown Fling brought together the considerable talents of 47 performers who collaborated to write, perform and record 17 songs under the watchful eye and guidance of producer Noel Hogan of The Cranberries. Created and directed by the sonic artist Dr. John Greenwood, the Pigtown Fling was the end result of over a year of workshops; song-writing; rehearsals and recording at University of Limerick and LIT.

Speaking ahead of the screening one of the project’s co-organisers Dr. Eoin Devereux, Assistant Dean of Research, AHSS Faculty, University of Limerick stated:

“Mood Poem is a celebration of the many achievements of the Pigtown Fling. It narrates the story of this important landmark music legacy project. It features interviews with many of the musicians and performers involved as well as the perspectives of the organising team. Mood Poem is a homage not only to the Pigtown Fling but also to the city that inspired it. Perhaps the greatest legacy of The Pigtown Fling is that it shows us that we can re-imagine the City of Limerick and build a long-term music industry based on collaboration. University of Limerick and Limerick Institute of Technology worked together on the project and contributed to the success of one of the highlights of Limerick City of Culture.”

Directed by Shane Serrano, Mood Poem will be screened at 69 O’Connell Street Limerick at 4pm on Sunday September 20th. Admission is free and all are welcome.