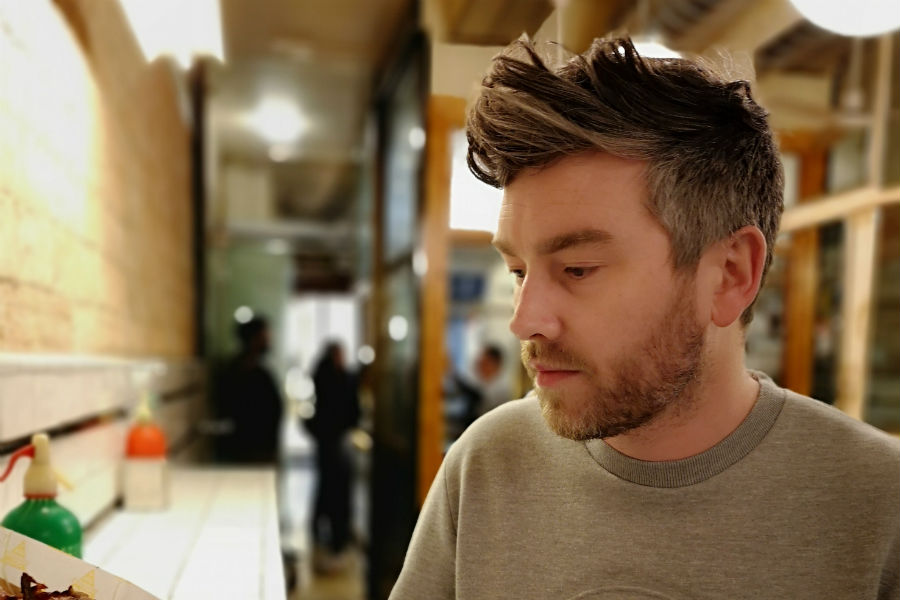 Conor Adams wanted to work on a solo project ever since he first picked up a guitar. Inspired to play by his love of Smashing Pumpkins, he also used to borrow his father’s acoustic to write songs in the singer-songwriter and folk traditions too. And that’s something he’s done ever since, while fronting The Cast of Cheers and then by earning a global-facing audience with All Tvvins.

The problem, he laughs, was that, “When a band ended or if we had some time between albums, I’d always plan to do a solo project but I never got around to it. So this time I had to do it – it’s now or never!”

In the summer of 2018 he glanced through the self-written sixty-strong songbook that he had collected on his laptop over the course of three years. While that was the prompt to commit to the project, he had little idea that few of those songs would survive as part of the project.

By August, Conor went into the studio with producer and Cormac Butler to start working on some of that material. But almost immediately, Conor hit a fresh rush of creativity and the songs kept flowing. By the time the duo reconvened in the New Year, the emphasis was on the new rather than the old. After recording a wealth of material throughout January and February, they dropped the pace. Working together once or twice a week (“Or not at all some weeks”), the songs evolved at their own pace.

“The songs definitely aren’t rushed,” smiles Conor. “It has given me the time to dip in and out of it and to give the songs space to breath.”

Now it’s time for Conor to launch the first of these songs with the lead track ‘What You Do’. The topline is immediately him but it’s a world away from anything that he’s put his name to before, and unlike previous All Tvvins which convey emotions in a whirlpool of metaphors, ‘What You Do’ is self-explanatory.

“I wanted to be more straightforward with a lot of these songs,” Conor says. “With All Tvvins, the music is more bombastic so it’s hard to fit a smaller story into the songs. Because the BPM is slower it gives more of a storyteller vibe, and I can be clearer without it sounding too obvious.”

The songs are unified by a simple phrase: “I admired your grace at the end of the world.” It’s a guiding star that lends itself to so many stories, both real and fictional, in the future and in the here-and-now. “It could be a million years after the world and these songs are looking back at every story. You can see a tonne of grace in the world, even in the bad things.”

Vital to the sound is Cormac’s ability to interpret Conor’s often abstract suggestions. The rich swathes of vocals (inspired by his childhood love of Queen) are ever present, but they’re surrounded by traits found in modernist pop: heavy basslines, dramatic synths and punchy 808 kicks. They were mostly written on piano before multi-instrumentalist Conor reinvented them in the studio. He relished having the freedom to craft weird chord progressions on synths that he couldn’t do on guitar.

They’re songs which Conor is eager to perform live, albeit sporadically in the short term giving the coexisting schedule of All Tvvins. The idea is a pure solo show: looping vocals, acoustic, electric guitar and piano in a one-man wall of sound.

Going it alone has been a learning curve. “If you have a tough day in a band, you can share the problem and bounce back, but you’re more vulnerable on your own. The positive is that I’m far more creative than I’ve ever been – I’m far more prolific and I’m writing songs every day.”

It’s taken half a lifetime, but this new project will be a big part of Conor Adams’ future.