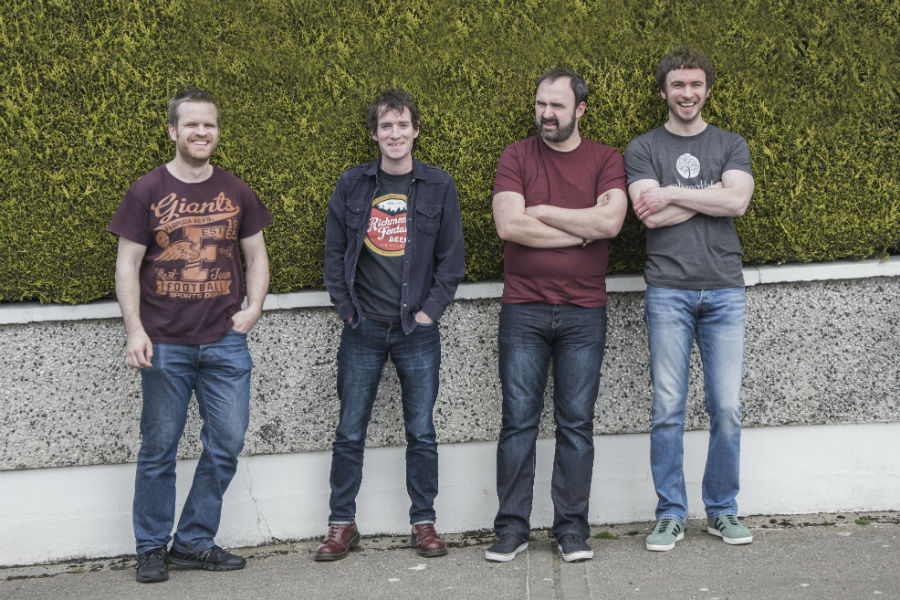 ‘Treehouse’ is the third release from Constant Supply’s upcoming new album ‘Isn’t Life Great’, which has already caught the attention of revered BBC 6 Music DJ Steve Lamacq, who played the band’s music after being sent a good old-fashioned white label.

As a song, ‘Treehouse’ has slightly unnerving vibes as singer James Gillen repeats the lyrics “We’re all just lonely people, lonely people,” yet there’s a hopefulness to the melody.

“The song’s a bit disjointed lyrically, but a recurring theme is mental health and some of the means by which we mask our problems – be it through humour, drinking, or never leaving the house. There’s definitely a sense of loss from friends being irrevocably changed. But it’s  also about perseverance and hope in the face of adversity… and building a treehouse!”

Constant Supply released their debut album ‘The Coast Ain’t Clear’ in 2013 and their second album ‘Ex Nihilo’ in 2015. RTÉ 2fm DJ Dan Hegarty made both his ‘Album of the Week’. In 2016, the band secured a slot on the Oxjam stage at Electric Picnic after being one of ten finalists in 2fm’s Play the Picnic competition.

Constant Supply will release their third album, ‘Isn’t Life Great’ on July 5th, 2019. The album was co-produced and recorded by Tommy McLaughlin (Villagers, Soak, In Their Thousands) at Attica Audio, Donegal.