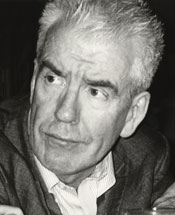 Gerald Barry’s The Importance of Being Earnest, an opera in three acts, commissioned by the Los Angeles Philharmonic Association and Barbican Centre, London, will receive its world premiere under the baton of Thomas Adès, 8pm, 7 April 2011.

This performance is part of the Aspects of Adès Festival, 1 – 9 April 2011 at Walt Disney Concert Hall, Los Angeles. British composer/pianist/conductor Thomas Adès, now an L.A. resident, is one of the leading music thinkers of today. In programming this series, Adès has created a unique festival especially for Los Angeles, which includes Gerald Barry’s new opera, The Importance of Being Earnest. It will receive its UK premiere at the Barbican, London, on 26 April 2012.

Gerald Barry was born in Ireland in 1952 and studied with Stockhausen and Kagel. He first came to public attention in 1979 with his radical ensemble works '_______' and Ø. Many of his works have been commissioned by the BBC. His first opera, The Intelligence Park (recorded on NMC) was first performed at the 1990 London Almeida Festival, and a second, The Triumph of Beauty and Deceit opened the 2002 Aldeburgh Festival followed by performances in London and the Berliner Festwochen. It received its North American premiere with the Los Angeles Philharmonic in 2006, followed by performances in Paris, Amsterdam and New York. In 2005 the stage premiere of The Bitter Tears of Petra von Kant (recorded on RTÉ) was given at English National Opera and the German language premiere at Basle in 2008. A one act opera for Radio France, La Plus Forte (The Stronger), was written for the 2007 Festival Presences with the City of Birmingham Symphony Orchestra, and given it's English premiere with the London Symphony Orchestra. It has since been performed in Amsterdam, Toronto, Dublin and Miami. Portrait concerts of Barry's music took place recently at Columbia University and the Isabelle Gardner Museum in Boston. A new orchestral work, No other people, was commissioned by RTÉ for 2009.  Feldman’s Sixpenny Editions for chamber orchestra, will receive its American premiere with the orchestra of St Paul in 2012. The Intelligence Park will be performed at the Irish Museum of Modern Art on May 18, 2011. Gerald Barry is exclusively published by Schott Music as of September 2009. His earlier music is with Oxford University Press.