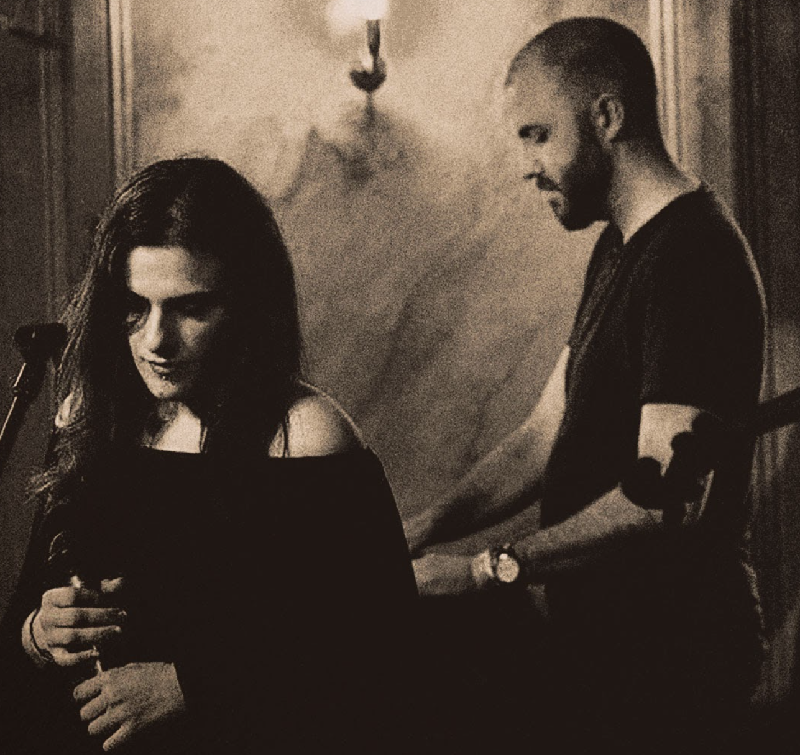 From the depths of lockdown, We March announce the launch of their debut studio album ‘Fight or Flight’ on Friday 20th November 2020.  The dark and beautiful lead single ‘Bones’ provides a preview to the depths on offer from this truly exceptional band with a real international edge.  The album will be available online on Spotify, Apple music, Bandcamp and to purchase from Tower Records, Dublin and MusicZone, Cork.

“Everything fell apart, we had to leave our home and people were dying”, remembers songwriter John Paul FitzGerald about the troubled time during the previous financial crash, where the loss of loved ones and emigration went hand in hand. This was the context in which ‘Fight or Flight’ was written.  “Isolation, illness, loss of identity and death are never far away in these songs.”

For John Paul, “Song writing is a means of confronting the uncomfortable challenges that life throws at you and a way to find an emotional release.  I don’t find writing songs easy or enjoyable; it is more a need to get to the emotional core of what I am feeling.  It takes a great deal of time and effort, but ultimately it is worth it to produce something beautiful and to have that burden lifted”.

In a time when nations are putting up borders, and racism and misogyny leap off the front pages, We March stands out for their inclusivity, with female Italian lead vocalist Debora Calzaccia and a truly multicultural line up.  “The coming together of We March was really like capturing lighting in a bottle, with all these unique elements falling into place. It was more than luck to have Debora’s Italian vocals, Mo Siala’s Arabic violin, Gael Robillard’s French cello, and Cathal Dennehy’s percussion and vibraphone all come together as a unit.  This enabled the cinematic sound of the songs to be realised in ways far exceeding what I had envisaged”, recalls John Paul.

The album “Fight or Flight” was recorded in a burst of creativity over a three-day period, bringing a punk edge and an emotional intensity to the tracks.  “We were running on adrenaline.  There was so much we wanted to achieve.  Our ambition drove us, and I think you can hear that on the tracks.”  The album’s eleven tracks impress with their variety, presenting a gothic blend of cabaret, jazz, folk, Italian opera, baroque, lieder, Arabic folk, and even 60s girl-band pop.  The use of numerous instruments adds to the album’s character: pianos, organ, Arabic violin, Indian harmonium, cello, acoustic guitar, vibraphone, tubular bells, drums and percussion.

The album, split in two distinct halves, represents the Darwinian struggle between aggression and defence, violence and peace, denial and acceptance.  “I am very influenced by albums like ‘Hounds of Love’ and ‘Rain Dogs’ which have very distinct sides to them. The more I listened to these songs, the more apparent it became that they represented two sides of this personal struggle.”

Side 1, titled ‘Fight’, represents the more direct, harder and up-tempo side to the album.  The hits you will get from Side 1 are more emotional and physical than commercial.  The opening track “We March” is a chest-beating battle cry announcing the band’s arrival (come one, come all!). Beautiful ballads like “Beyond the Pale” bring a stately feel and elegance to the album.

“The title track ‘Fight or Flight’ references my obsession with old gothic horror movies. It has distinctly creepy overtones to the verse, with a physical assault for the chorus.  This was a song that took me by surprise.  It was only after I had completed the lyric and played it for the band that I realised that the tension, nightmares and horror expressed in the song were the physical manifestations of anxiety that I had felt at stressful times in my life.”

Side 2, titled ‘Flight’, takes a distinctly sombre tone. The tryptic of ‘Destitute and Dying’, ‘Laid to Rest’ and the lead single ‘Bones’ were all written in the aftermath of the chronic and terminal illness of loved ones.  Addressing themes of aging, isolation, illness and death, there is powerful emotional weight in the songs and their arrangements, with tempo and key changes that leave you disoriented but resolving to a climactic finale.  “Bones is a song for the Covid 19 times we live in, where the population is dealing with similar themes of illness and distress.  As a songwriter, I tried to find catharsis in dealing with these themes head on, and hopefully the listeners will find the same relief that I did.”

‘The Dumb Angel’ concludes the album with a lullaby, offering reprieve but no clear solution, leaving it in the listeners hands as to the direction that life should take.