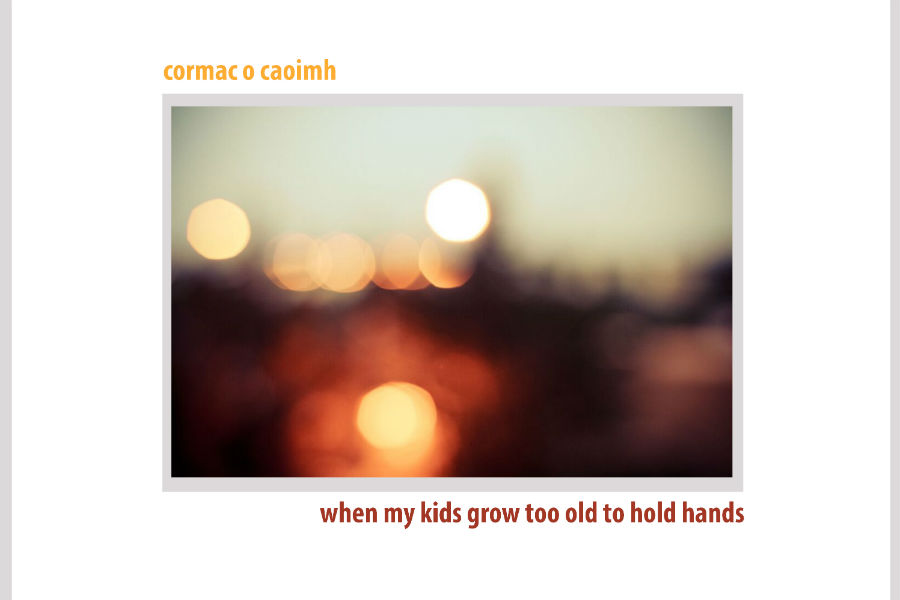 Cormac O Caoimh releases his latest single ‘When My Kids Grow Too Old To Hold Hands’ on 3rd April ahead of the album release of ‘Swim Crawl Walk Run’ on 15th May.

And not to discourage those without children, Cormac hopes that they can still enjoy it, explaining,

“There aren’t enough songs about people’s kids. Well poppy ones anyways. There would be a lot of slow, soppy ballads about children. So for this single we wanted to make a song about kids that people who didn’t have kids could enjoy now. And playing the long game possibly hope they will come back to it again in years to come.”

It’s the second single taken from Cormac’s ambitious fifth studio album, ‘Swim Crawl Walk Run’. The first single ‘I’m In Need’ was released in February and was played on over 25 stations in Ireland (making it into the top 10 and 20 airplay charts on RTE RADIO 1 and PLAY IRISH). On its arrival Le Village Pop called Cormac “one of the greatest living melodists”. The song was also called sublime indie/folk (eclecticmusiclover)

The album was recorded between 2018 and 2019, with multi-instrumentalist Martin Leahy at the helm, it features 10 songs, with Martin Leahy himself playing an array of instruments, as well as Aoife Regan on backing vocals and Áine O’Gorman on strings. The album contains a collection of songs that tackle a wide varying spectrum of emotions, in both a personal and fictional setting.

The ‘Swim Crawl Walk Run’ album is available for pre-order on cormaco.bandcamp.com

Cormac O Caoimh released his fourth solo album ‘Shiny Silvery Things’ in 2017. It charted in the official IRMA charts and was launched with a sold out show in the Triskel Christchurch, Cork. All 12 songs have already received airplay and the first single reached over 3 million listeners in Ireland. The song was played in over 23 stations in Ireland and many more in the UK and Europe, including the prestigious award-winning Radcliffe and Maconie show on BBC 6 Music.

The second single (Hotpress’ TOTD) wasn’t far behind, reaching 2 million listeners, whilst the third single (a double A-side – ‘Have You Built Yourself Well/Proud’) reached the semi-final of the International Songwriting Competition. Judged by Tom Waits and Robert Smith of The Cure (among others), ‘Proud’ was the winning song.

In 2019, Cormac tasted single success in the form of a co-write (‘Brother’) with Mary Greene, as featured on Greenshine’s brilliant album ‘Family’.

Cormac’s intimate vocals, magical melodies and exquisite guitar playing has always attracted very favourable appeal to critics, with MOJO, The Irish Times, Hot Press, Americana UK, amongst others, always quick to point to his unique style as well as comparisons to acts varying from the dreamy pop of The Go Betweens, Badly Drawn Boy, Elliott Smith and Prefab Sprout to the introspective and more folk-oriented Nick Drake, Leonard Cohen and Paul Simon.