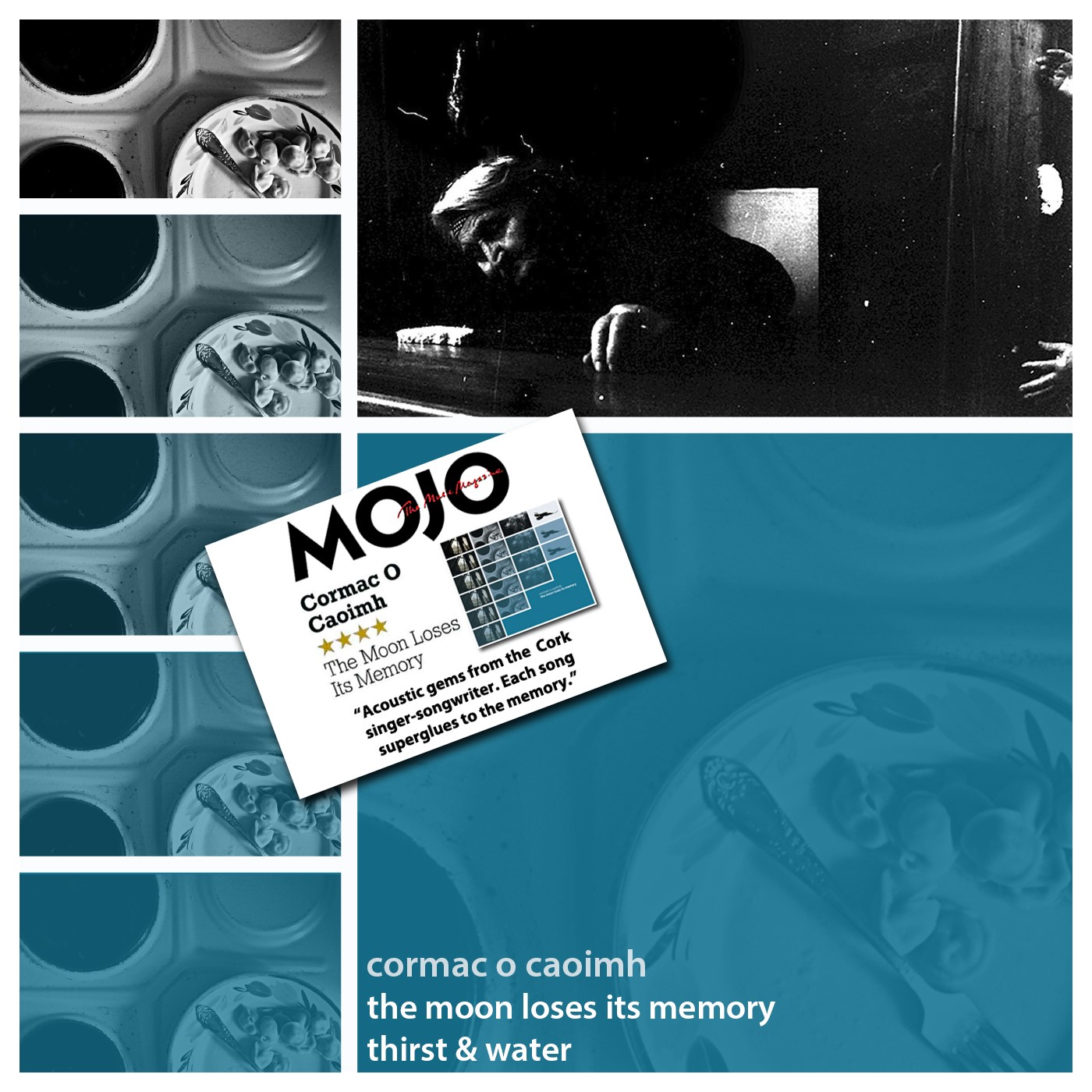 The final single release from the acclaimed The Moon Loses Its Memory album is a double A-side. It makes no sense any more but it’s being done anyways. The songs collectively showcase the two different sides to the album (the quirky off kilter “moon loses its memory” and the softer haunting “thirst & water”)

To celebrate the release of a new single Cormac will be joined by Martin Leahy for a special gig in L’Atitude, the old Lobby bar. The last time Cormac and Martin played together was for an ambitious and successful gig in Triskel Christchurch so it is a fantastic opportunity to catch them in a more intimate setting.

Cormac will then play solo gigs in Ballymore Eustace and the DC music club in Dublin in March.

You can listen (and download for free) the two songs here:
https://cormaco.bandcamp.com/album/the-moon-loses-its-memory-thirst-water-single

The songs on the new single (due for release February 26th are The Moon Loses Its Memory and Thirst & Water. Here is what people had to say about the two songs.

The Moon Loses Its Memory

“Shades of Paddy McAloon or Martin Stephenson in its giddy, charming major seventh melody and brilliant wrongfooting tempo” – We Are Noise

“a quirky start-stop affair which is very different and demands attention” – Musician.ie

“has a certain avant garde feel to it with the frequent ralls and complex guitar riffs.” – Independent Music Review

“undeniable explosive nature ..a mastery of Jazz Bossa and Irish folk..take you on a jazzy and poppy ride” – Sphere Music

“The song washes over you in waves, and the lyrics have a beautiful melancholic aspect” – Celebrity Café

“Cormac’s solo guitar pieces really give the song the feeling that we are not just listening to his songs, we are experiencing his story, practically standing by his side watching the story unfold” – GiggingNI.com

“a warm folksy masterpiece with guitar and vocals standing out in the mix, and featuring Aoife Regan on backing and harmonising vocals. This is a song that will remain with the listener long after it has ended” – Whisperin and hollerin

CORMAC O CAOIMH
Cormac O Caoimh is due to release a double A-side from the “The Moon Loses Its Memory” album. The album has already been featured and received excellent reviews in MOJO MAGAZINE, The Sunday Times, The Daily Star, Hot Press, The Ticket and many many more. He has done live sessions and interviews on RTE Radio 1, NEwstalk, KCLR to name but a few and all 14 songs of the cd have already received airplay on national stations in the UK and Ireland and across Europe. And his last gig (his most ambitious to date) he played with Martin Leahy in the Triskel Christchurch, a wonderfully successful double headlining gig with guitarist Pat Coldrick.