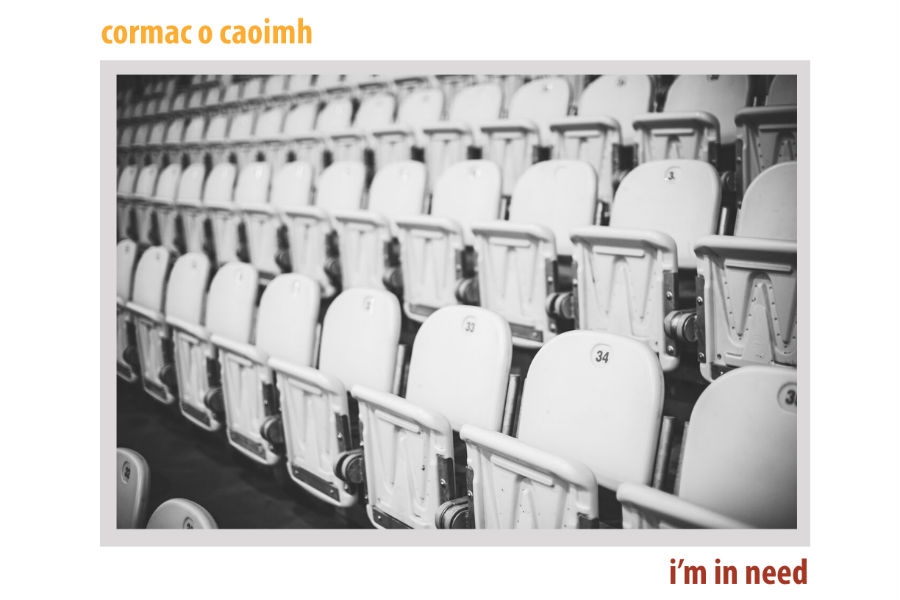 With his last album Cormac O Caoimh charted in the official Irish Indie charts and topped his Irish airplay record of previous albums with support from RTE Radio, BBC Music 6, and 40 other stations in Ireland and the UK reaching 5 million listeners. Reviews from Mojo magazine, The Irish Times, The Sunday Times, Hot Press and countless have further enhanced his reputation.

Cormac will be launching his  new album (his fifth studio album in recent years) on May 15th 2020 in the Kino. The new album (Swim Crawl Walk Run) was recorded between 2018 and 2019 with Martin Leahy at the helm. The most ambitious album yet. It features 10 songs, multi-instrumentalist Martin Leahy playing drums, bass, keys and many many more, Aoife Regan on vocals, a string quartet, accordian and big songs tackling a wide varying spectrum of emotions in both a personal and fictional setting. The first single ‘I’m In Need’ will be out February 21st and the album due for release May 15th.

Now everyone is supposed to say their new album is the best. It is what people do. But Cormac has never said it. This is his 5th album solo (and his 7th overall) and he has never said it. He never thought it. Largely riddled with doubt and insecurity at this stage in an album’s release, his mind normally has moved on to the next album which will be ‘the one’. Except this time.

“It is the first album I actually enjoyed making. I have been playing live with Martin Leahy for over 8 years but this is my first time making an album with him (he has played on other albums). It was a joy. I loved the whole process. It was relaxed, exciting, calm, manic. Everything. And the end product is something I could not be prouder of. The songs morphed and moved and grew during the process and the end result is an album I’m not sure I can top.  It is full of singles. I want to release them all and I can’t wait for the first one to get out there. During the writing of ‘I’m In Need’ I did have the simplicity and directness of The Beatles ‘Help Me’ as an influence. ‘Help me’ as a lyric is so fragile and honest and sad…but the song isn’t. The song is catchy and poppy. It works on two levels. I wanted the same for ‘I’m In Need’.  I wanted it to have meaning but more so a groove and be catchy. The feeling of the song also evolves. What starts as vulnerable ends up as a celebration of our humanity. We are all in need at times. Our feelings can be shaped by our thoughts. Musically the chorus gets more emphatic and joyful as the song progresses musically demonstrating the power of positivity.“

There are 2 co-writes on the album (a first and second for Cormac). One with Mary Greene called ‘Desire Lines’ and the other a co-write with Martin Leahy called ‘Building My Ark’.