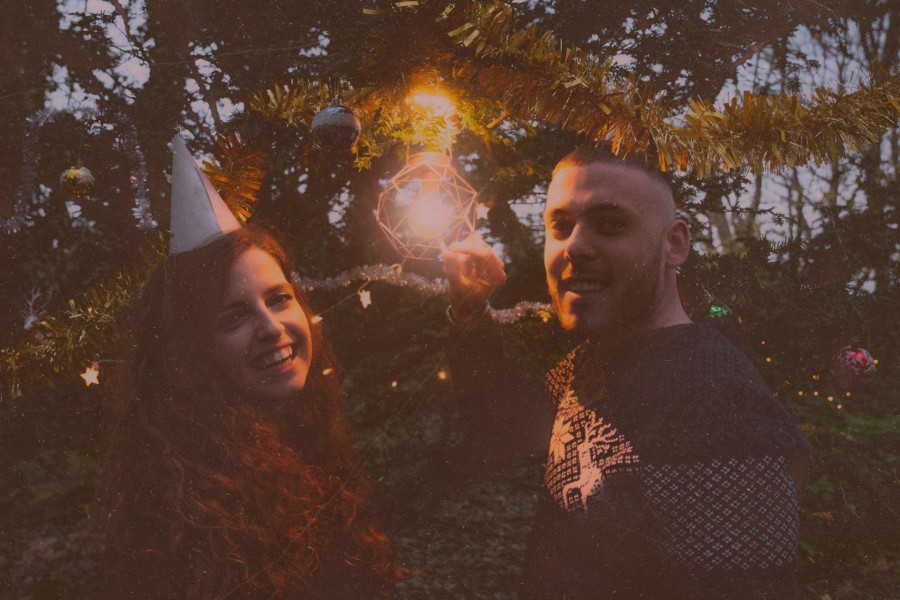 This holiday season, rising Irish artists Craig Cooney & Rowlette are spreading the festive spirit with their new track ‘December’, released on November 25, 2020. The track is a heartfelt, uplifting fusion of hip-hop and pop, that reflects on the past year and the ups and downs it’s brought. Rowlette’s smooth, melodic vocals compliment Craig’s honest rap verses.

Rowlette says, “This might sound a bit odd but I wanted a less optimistic Christmas song! Every year, there’s so much pressure for everyone to have the best time ever at Christmas, but the reality is Christmas can be really hard for people. Whether it’s financial difficulties, an empty space at the table, or just the trials and tribulations of life, we wanted to write a Christmas song that’s a bit more real.”

Craig’s manager Colm was playing a track of Craig’s in the car to Rowlette and she was immediately drawn to his sound. Craig’s reaction was something similar- upon hearing Rowlette’s music he was interested in a collaboration, and the two started writing together.

Craig says, “We come from different styles of music and I think our sounds really compliment each other. Most of the process was over zoom, Rowlette and I hadn’t met before we started writing, so it was a unique experience!”
He goes on to say, “This year has been crazy to say the least, and I’m sure this Christmas will be different. Despite the tough times, I hope everyone will get to spend some quality time at home with their families and remember what’s really important.”

The track is produced by Cormac Kavanagh, mixed by Hugh O’Neill and mastered by Fergal Davis.

2020 has been a big year for both artists. ‘December’ marks indie-pop artist Rowlette’s fourth release this year, with previous singles being added to Spotify editorial playlists (including Fresh Pop, Pop Right Now and New Music Friday), performing alongside Jack L, being RTE Culture Tune of the Day twice and packing out her first headline show.

Craig Cooney has been pursuing music professionally for the past three years and has multiple headline shows under his belt. His fifth ever show was in the Olympia Theatre supporting Gavin James. He is a unique artist who tells stories through his songs and has gained popularity through his freestyling. This year, Craig released multiple singles as well as founding a cypher series featuring local artists.