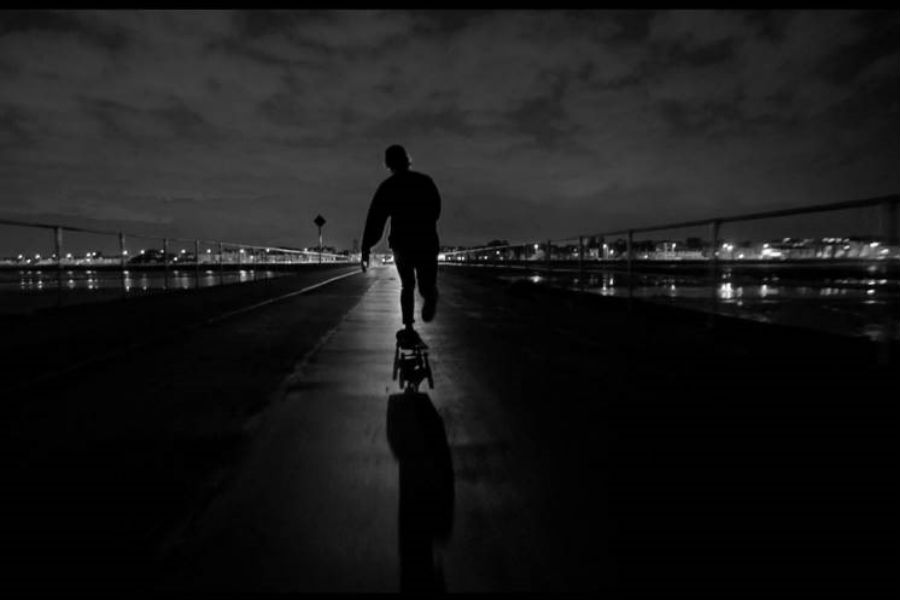 Crash Ensemble are set to host a performance and screening event, part of Music Town 2019, in The Studio of the National Concert Hall on Friday 19th April.

Grey Area is a skateboarding film with live original score. Shot and edited by skate photographer and videographers Niall O’Byrne and Sam Curtin, with music by young Cork composer and skater Sam Perkin. This MusicTown performance will be the work’s Irish Premiere.

“Blending the essence of street skateboarding with contemporary music, Grey Area is a hypnotic journey through the streets, leading us to secrets that we find only if we are open to them.”– Sam Perkin

Crash Ensemble will also perform Donnacha Dennehy’s ‘Glamour Sleeper’ which featured on the recent Adidas skate campaign, and ‘/AND JUMP FROM THE GOLDEN GATE BRIDGE’ by Jennifer Walshe which has the ensemble learn to skate.

The evening will start at 5pm with the screening of ‘Saint Denis ‘the skate documentary directed by Phil Evans (free entry), with the concert starting at 6.00pm, and you are invited to join us to celebrate the release of the recording of ‘Grey Area’ afterwards.