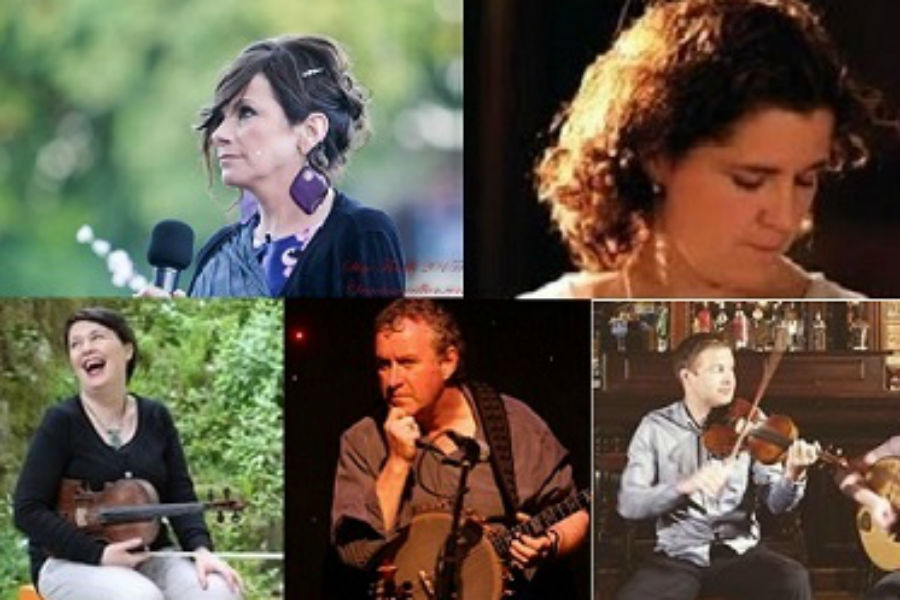 Trying to make a living out of music can be a real struggle. There are many challenges to working as a musician, particularly in rural Ireland, but across the whole industry it’s getting harder to sell CDs, to get good paying gigs and even though technology has made some things easier, it also means there’s a lot more competition around, not least from Netflix and the ever increasing range of entertainment musicians must now vie with for attention.

To really make a living out of music you need to think outside the box, explore new opportunities, and do what you’ve always done – only differently and better than before.

As a musician you need to take an active role in developing an audience for your work, how you market your work and promote yourself has changed dramatically in a very short time but at the same time there are new opportunities from different groups and individuals looking to pay for the services of a musician and different means for musicians to develop their music projects.

To explore some of these issues, we are delighted to have invited a panel of professional musicians who have managed to carve out sustainable careers out of their craft to attend the Glens Centre, Manorhamilton on Friday 22nd June from 2-5pm. The format for the day will include a panel discussion which will be open to the floor, followed by breakout sessions where you will have the opportunity to informally discuss your ongoing professional development needs with relevant panel members.

This informal and informative event will be of interest to musicians and singers from any context or genre, but traditional musicians in particular. It will be a great opportunity to meet the panel and get together with other musicians to compare notes and to share insights on ways to develop a sustainable music career in rural Ireland.

Chairing the panel will be Sandra Joyce, director of the Irish World Academy of Music and Dance at University of Limerick. Panel members will include:-

Singer, songwriter, and multi-instrumentalist Cathy Jordan who is recognised as one of the finest traditional singers in Ireland today, she has been the lead vocalist for the traditional Irish music band Dervish for over two decades, and has played practically every corner of the globe to packed houses in over 40 countries. Fiddle player Dr Liz Doherty who currently holds the post of Irish Traditional Music Lecturer at the School of Creative Arts and Technology at Ulster University in Derry. Liz has performed and taught all over the world. She also runs a traditional music school Scoil Trad Bhun Cranncha and was director of the North Atlantic Fiddle Convention which took place in Ireland for the first time in 2012. Fiddle and banjo player John Carty who is one of Ireland’s finest traditional musicians having been awarded the Irish Television station, TG4’s Traditional Musician of the Year in 2003. He performs and teaches worldwide and is a tutor at the World Academy of Music and Dance. More recently John arranged the traditional music pieces in the highly acclaimed film Brooklyn. Fiddle player Ciarán O Maonaigh former recipient of TG4 Young Musician of the Year and released his first album shortly after in 2004. He is also a member of the band Fidil, and they have released three acclaimed albums. Ciarán’s music has been used in films, on television and on radio programmes including the award winning short film Noreen. He has also worked as a production co-ordinator, researcher and presenter on numerous television series’ for TG4.

Places for this exciting event will be limited so early booking is strongly recommended. To Book: https://goo.gl/Kmpyk7 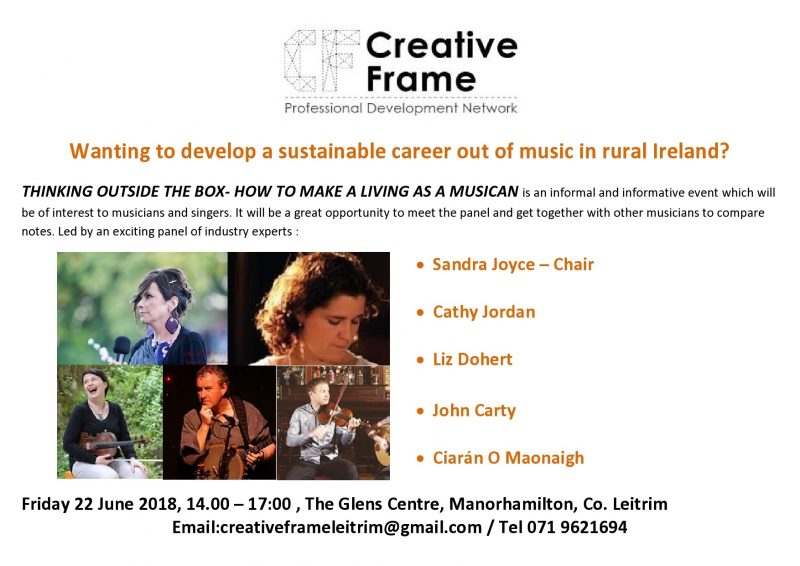