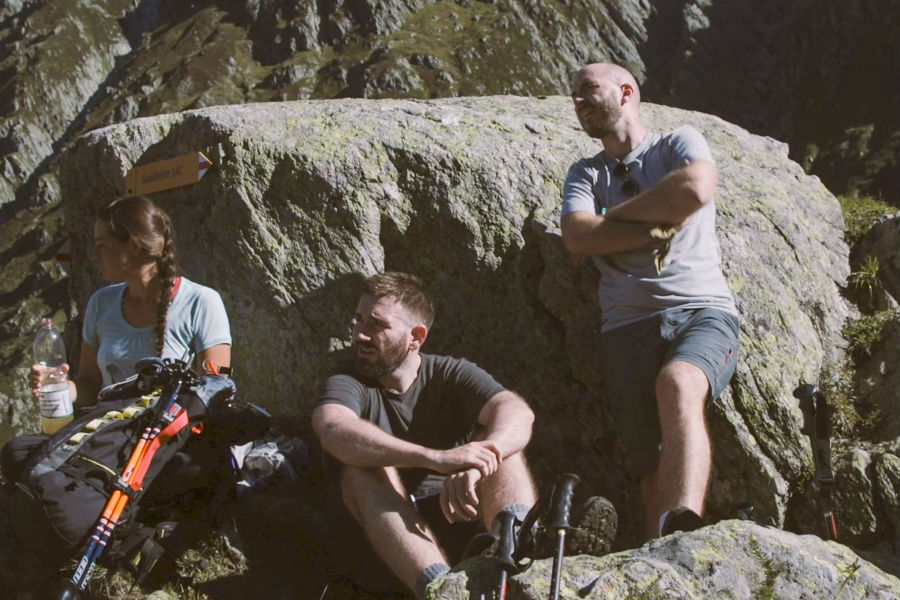 A new documentary following Irish band Cry Monster Cry’s journey through the Swiss Alps to play a sold out show in a clifftop cabin, “When The Snow Falls I’ll Be Gone” is set to premiere tomorrow, 20th March.

Originally set to premiere at the IFI, and then postponed due to the spread of Coronavirus, the band has taken the decision that now is the time when artists should do whatever they can to try to lift the spirits of those in self isolation, and will make the film free for all to see tomorrow evening at 7pm GMT. It will debut on their Website, YouTube and Facebook.

Brothers Richie and Jamie Martin have set up a Patreon account to support their own work with their sold out headline tour having been cancelled.

“I took a deep breath, wiped the sweat from my brow, and grasped the rusted metal bar that had been drilled into the rock face. Above me, my brother Richie had just disappeared over the top of the mountain. My heart was hammering. The mandolin in my backpack shifted slightly as I put all of my weight onto the makeshift ladder. Before us, the milky glacial lake glinted in the sunlight. We were on our way to The Gaulihütte, an alpine base built in 1895. Ten hours of hiking lay ahead of us. The crowd was waiting. The gig was sold out. We could not fail.” – Jamie Martin

Last September, Dublin brothers Richie & Jamie Martin (Cry Monster Cry) travelled to Switzerland to play one of the most challenging shows of their career. The journey to the venue (a traditional Swiss mountain cabin dating back to 1895 that sits on the edge of a cliff) saw them hiking for 10 hours, instruments on their backs. Rising before dawn and setting off under a blanket of fog, they journeyed through forests and meadows, over rocky ridges and steep ravines, climbed over precipices and dipped their heads in a freezing glacial lake.

Led by guides René Reusser and with Mirjam Huber, the band completed the journey to play a show for a crowd of hikers who had also made their way to the cabin.

The new documentary, “When The Snow Falls I’ll Be Gone” was produced and directed by Elijah Egan of Seven Figure Films, and tells the story of the lengths that people will go for their craft. The brothers’ story weaves into that of René and Mirjam, whose passion for music, creativity, artistic expression and shared experiences is explored during the 30-minute documentary.