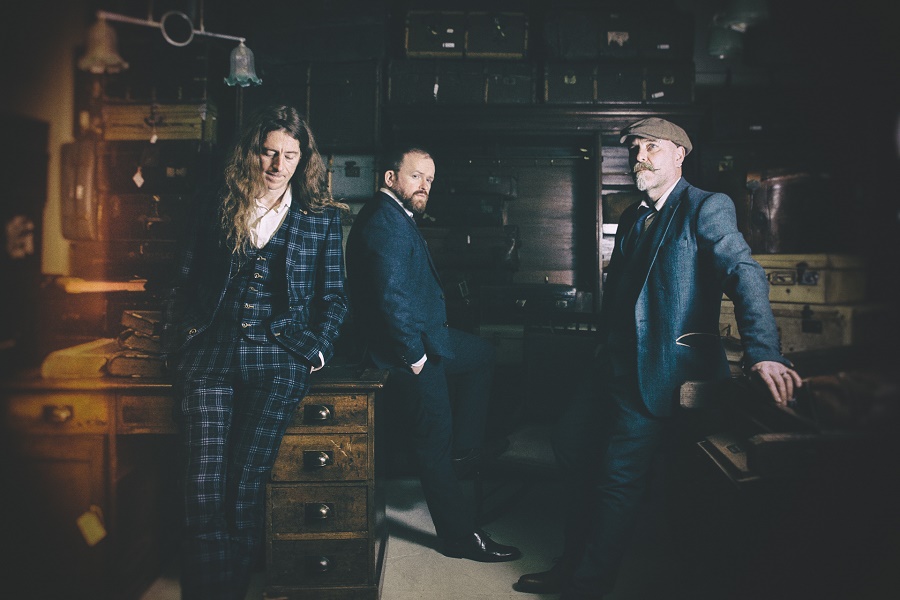 ‘Hot Blooded’ is the 3rd release from Cua’s critically acclaimed 2017 album, ‘Songs of the Hollow’. The album has seen the trio play a string of shows across Ireland and Europe culminating in two sold out shows at this year’s Celtic Connections festival in Glasgow at the National Piping Centre and the Drygate Brewery festival club.

Cua truly pride themselves on their diversity, with subtle nods to many genres, whilst keeping a folk, world, roots and traditional line throughout. All members are multi-instrumentalists and are inspired by many aspects of the musical spectrum including roots, blues, gospel, jazz fusion, traditional, neo-classical, bluegrass and more. Their approach to music is inspired by the history, landscape and peoples of the Atlantic areas.

The trio have been recognised on a European and national level following their first two successful studio releases and their latest 15 track album, ‘Songs of the Hollow’, truly captures their distinctive sound and energy and is currently receiving critical acclaim. The trio are receiving national and local radio airplay in Scotland, England, Ireland, America, France, Holland, Italy, Denmark, Switzerland, Germany and the US. The group are also recipients of a Creative Ireland grant and have shared the bill with Andy Irvine, The Fureys, Hazel O’Connor and The 4 Of Us to name but a few.

Cua plan for a new album release in 2019 with a UK wide tour scheduled for November and December. You can catch the group live at The Academy this Friday 15th March playing support to Pogueology and see www.cuamusic.com for further details.