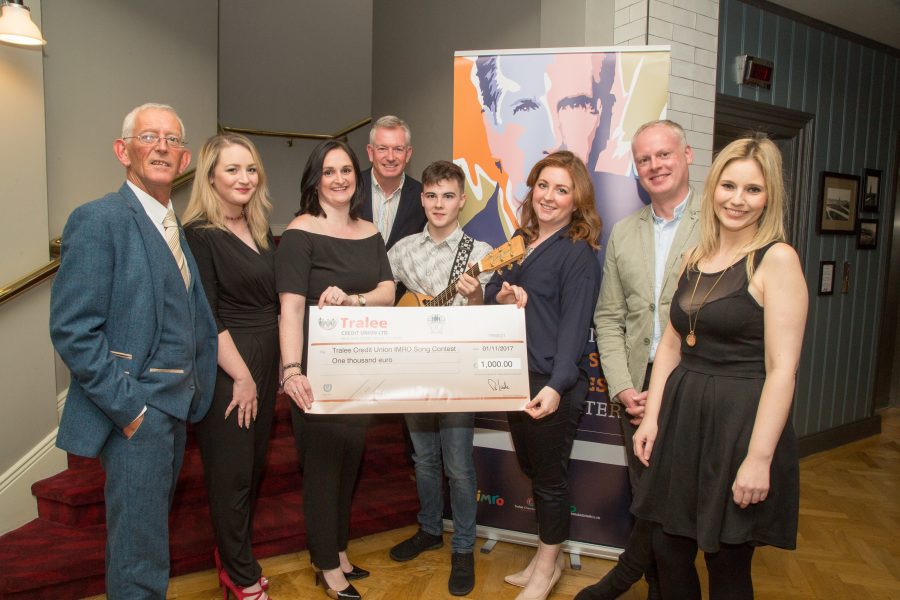 17-year-old singer-songwriter, Curtis Walsh who hails from Clondalkin, Dublin but now Laois based, was crowned the winner of the 7th annual IMRO Christie Hennessy Song Competition with his song ‘Perfect Rain’

The live final took place on Saturday, 4th November at The Ashe Hotel, Tralee, with a special guest performance from singer/songwriter Bronagh Gallagher. Ten finalists were selected from just under 300 entries from across Ireland and beyond to perform their original song in front of a live audience and panel of expert judges.

Speaking at the announcement of the winner Curtis said: “I was so thrilled to get the news recently that my song Perfect Rain had been shortlisted as a finalist for the IMRO Christie Hennessy Songwriting Competition.  Everything about the night in Tralee on Saturday 4th November was magical, as the standard of the performances from all the other finalists was so high, and then we were treated to a great special guest performance by Bronagh Gallagher and Conor Brady. But to have my name called out as the winner at the end of the night was truly mind-blowing, and I will be forever indebted to the judges and to IMRO for choosing my song as being their favourite. I would like to thank everyone involved in the competition for this opportunity, and I’d also like to thank my family and Milestone Management for their support.”

Curtis was presented with a cheque for €1,000, courtesy of IMRO & Tralee Credit Union and Limerick native Nile St. James received €300 as a worthy runner up for his infectious funk infused song ‘Fell For You’

The competition which is a tribute to one of Tralee’s most famous sons received almost 300 entries from across Ireland and beyond. Now in its seventh year, the competition has grown in stature over the years to become one of Ireland’s leading song competitions and continues to attract a high calibre of songwriters from Ireland and overseas, covering a broad range of musical genres. Previous winners have included Paul McDonnell, Dave Molloy, Alan Kavanagh, Enda Reilly/Christine Deady, Míde Houlihan & Katie O’Connor.