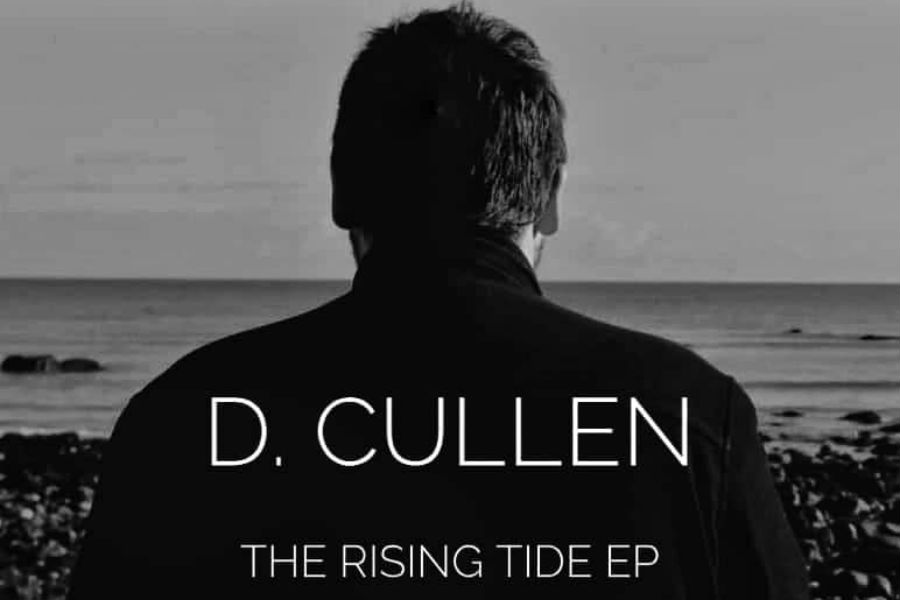 D. Cullen releases a new EP for the new decade in the shape of ‘The Rising Tide EP’ on his own DCullenMusic label on 31 January, 2020.

The EP comprises the title track together with an acoustic version of the same as well as a vivid, technicolour version of James Maddock’s ‘Hollow Love’. Following last year’s radio hit, ‘Alright’, ‘The Rising Tide’ offers a different side to Cullen’s writing and performance in the form of a heart-wrenching piano and strings-driven homily to troubled, love-tortured souls.

“I live near a lovely little beach in Shankill, Dublin, and ‘The Rising Tide’s’ lyrics came from an evening walk down there when the sea was particularly wild. I wrote the lyrics then and there and quickly ran home to put some music to it. We ended up filming the music video on that very same beach, about 2 and a half years after writing the song, so we got a lovely full circle moment out of it!

‘Hollow Love’ is a cover from an amazing artist called James Maddock. I discovered the song on a podcast called Underwater Sunshine (co-hosted by Counting Crows frontman Adam Duritz), and became completely obsessed with it. It’s lyrically brilliant, with the most exciting guitar part, and has become a huge staple of my live set. Thank you James for the brilliant tune!

The acoustic version of ‘The Rising Tide’ came from an impromptu jam. I was messing around with a different tuning (Open G for any guitar nerds out there) and started playing around with this song. Sinead, my bassist/backing vocalist/overall-partner-in-crime, heard it and insisted that we record the song with all those lovely, open tuning chords. As per usual, her instinct was right, and it’s lovely to give the song a new context.”

D. Cullen is a 25-year-old singer and multi-instrumentalist with a love for life, melody and properly crafted songs.

Having served his time writing and playing, with some success, both solo and in various indie bands in his mid to late teens he began to knuckle down in 2018 to writing songs that reflected, properly, his core taste in music (Foo Fighters, Ben Folds, Villagers, Elbow amongst many others) as well as a maturity in writing that clearly belies his years.

Courtesy of studio time with Producers Boo Hewerdine and Chris Pepper in the leafy glades of Cambridgeshire, the 2019 single ‘Alright’ got the ball rolling properly (after an initial toe-dipping exercise with ‘My Face’, complete with mesmerising video). Its good vibes, punchy horns and rousing chorus garnered an instant reaction from Irish national radio and TV affording him playlists and a debut appearance (complete with choir) on the Late Late Show.

You can see D. Cullen and his band play it and a host of other tunes at the following shows: