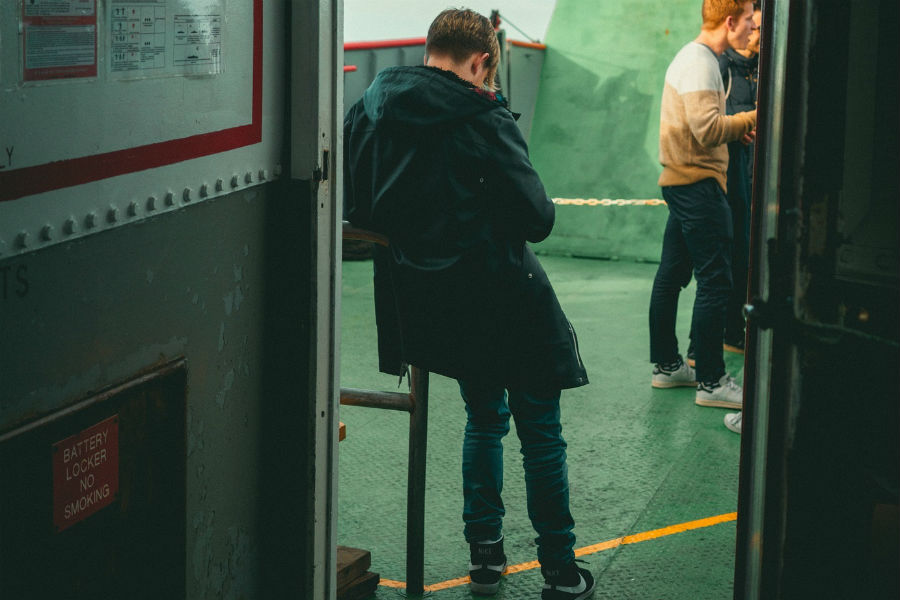 ‘L.O.S.S.’ will be released on 18th October and will be available digitally and on vinyl. This is Daithi’s second album, which follows on from a few years of releasing singles and EPs and more recently, the singles ‘Take The Wheel’, ‘Orange’ and ‘Submarines’. The 10 tracks will include contributions from Sinead White, Paul Noonan, Ailbhe Reddy, Orla Gartland, Tandem Felix, Sacred Animals, Ryan Vail & The Sei. Daithi has performed at some big festival slots this summer including All Together Now, Forbidden Fruit, Pride and the Galway Arts Festival.

As Daithi explains of the new single – “’Nobody New Around You’ is the first track I wrote for my album ‘L.O.S.S.’ . I wrote most of the record in the Limousin region of France, and when I first arrived I was really inspired by the countryside. Limousin is a farming area right in the middle of the country, with very little tourism or industry. It’s so rural and quiet, I really felt completely alone out there, and it forced me to really focus on what I was trying to achieve with this new music. ‘Nobody New Around You’ is inspired by that feeling of quiet wistfulness when you’re completely alone, it’s music for self-reflection.”

Long inspired by the sights, sounds and surroundings of Ireland, Daithí traces a more intimate though no less alive collision in his latest work.

The two-time Choice Music Prize nominee builds on a signature unique formation of house music with a series of singles that mark the most ambitious and personal adventure to date.

This latest project was unearthed in isolation in rural France as communication with friends, family, and an all-consuming social media expanse was placed on pause.

“I became interested in the idea of how people deal with loss, and the different ways that they recover from it,” he notes.

“I was at my lowest point, feeling like nothing would ever be okay again, and found myself writing all sorts of melodies and chords as a form of therapy, but at first couldn’t imagine getting to a place where I felt comfortable making songs out of them. This project scared me, but I’m also more proud of it than anything I’ve ever done.”

Blessed with a spellbinding vocal turn from Bell X1 leader Paul Noonan, ‘Take The Wheel’ marks brave territory for Daithí as the track traverses haunting terrain where battered flags once laid down by Cave and Cohen thrash ominously in the distance.

‘In My Darkest Moments’, meanwhile, takes the listener on a more insular journey, with a maze-like build that bursts into a sea of opaque colours. The track was accompanied by a stunning video created in the west of Ireland, winning 3 shark awards and an emerging director award for Lochlainnn McKenna.

‘Submarines’ features Irish songwriter Ailbhe Reddy. With its pulsing house beats and the sampling of Irish instruments, it makes for a powerful summer tune, full of energy.