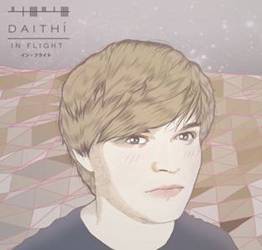 Daithí  from his brushes with TV talent shows (TG4’s The All-Ireland Talent Show). Or his appearances the length and breadth of Ireland (to crammed festival tents, or supporting the likes of DJ Shadow, Santigold, Macklemore and Ryan Lewis, De La Soul and Todd Terje). Or you might have heard some of his studio excursions with various members of the country’s close-knit underground community (Elaine Mai, Liza Flume, Monto, the Breaking Bread collective).

He of the the fiddle-playing, house-making, loopstation-tweaking, button-pushing, hair-flicking bundle of energy fame will be playing from 2pm this Saturday, 7th June in the big window of Tower Records, Dawson Street, Dublin to celebrate the release of his debut album, ‘In Flight’, which is out today.

You can check out the album sampler here:

Over the last 12 months, Daithi’s been moving carefully into the limelight – starting with his 2013 summer smash ‘Chameleon Life’ and continuing with a run of singles that kept the fire burning, all leading up to his his eagerly awaited debut album, ‘In Flight’. It’s a 10-track blast, conceived and created with producer pal Ian Ring and features guest spots from London-based singer Raye, local heroes Elaine Mai and Young Wonder, U.S. alt-r’n’b star Jesse Boykins III, The Coronas main man Danny O’Reilly and new face, Senita.

Daithi will be launching his album ‘In Flight’ tonight in the Roisin Dubh with some special guests.