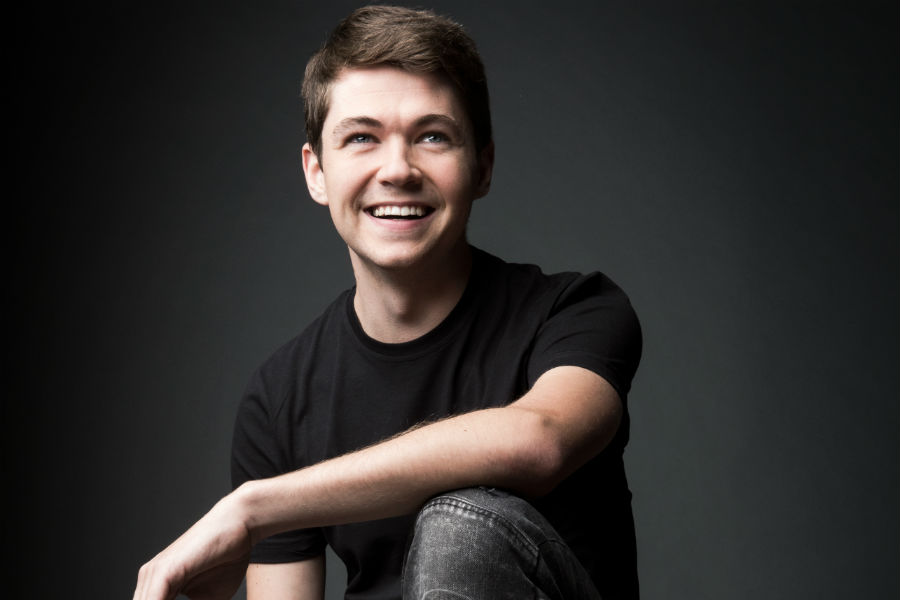 From the ‘No More Time’ EP, Damian McGinty now releases ‘You Should Know’. Based in LA for some years now, Damian co-wrote the track with good friend Ryan O’Shaughnessy, together with ​Eric McCarthy and Cian Sweeney. Damian also co-wrote the title track of his new EP (‘No More Time’) with Ryan.

Damian and Ryan were introduced by their mutual friend, producer and writer Cian Sweeney. In addition to this EP, the guys have written a number of other tracks together also, more of which will be on Damian’s new full-length album due for release later this year. The guys have become good mates, and Damian was chatting with both Ryan, and his writing partner on Ireland’s Eurovision entry ‘Together’, Mark Caplice, just this week wishing them luck for Saturday’s final.

The EP, ‘No More Time’, was released earlier this spring across all main digital platforms. The EP broke the Top 20 HeatSeakers chart in the US, while also debuting on iTunes US at No 9, next door to Taylor Swift. ‘Slow Dance’, the debut single from the EP, was premiered on Elvis Duran’s breakfast show, the biggest breakfast radio show in the US and the ‘No More Time’ EP, has also been picked up by college radio across the US.

‘No More Time’ is Irish singer/songwriter Damian McGinty’s first EP of original songs, recorded in Belfast. The lyrics and tunes were inspired by his ten years of touring, exploring cities all around the world, and meeting people from all walks of life.

Damian might be best known from his years with Celtic Thunder and Glee. Damien was part of the inaugural cast of touring male vocal group Celtic Thunder, and quickly became a fan favourite for his friendly charm and his deep baritone voice.

In 2011, Damian on his own dream big mantra decided to audition for the Oxygen Network’s The Glee Project. From 40,000 auditions, Damian was chosen to appear on the show with only eleven other hopefuls. Extreme dedication and an intense work ethic took him to the final four, and ultimately, he was chosen as one of two winners. As a winner of the project, Damian landed a guest star role in Fox’s hit television series Glee, as foreign exchange student Rory Flanagan. Initially slated to appear in just seven episodes, Damian was so popular his role was extended to finish out the rest of season three.

Later this year we may also see Damian on our screens again. In 2017 alongside recording his new EP, he was cast in the lead role of his first feature film, the family Christmas movie Santa Fake, to be released in November 2018. In Santa Fake, Damian is reunited with Glee co-star Heather Morris, and acts alongside Hollywood fan favourites Judd Nelson, John Rhys-Davis, Jeff Fahey, and more.