Daoirí To Release ‘The Lockdown Singles’ 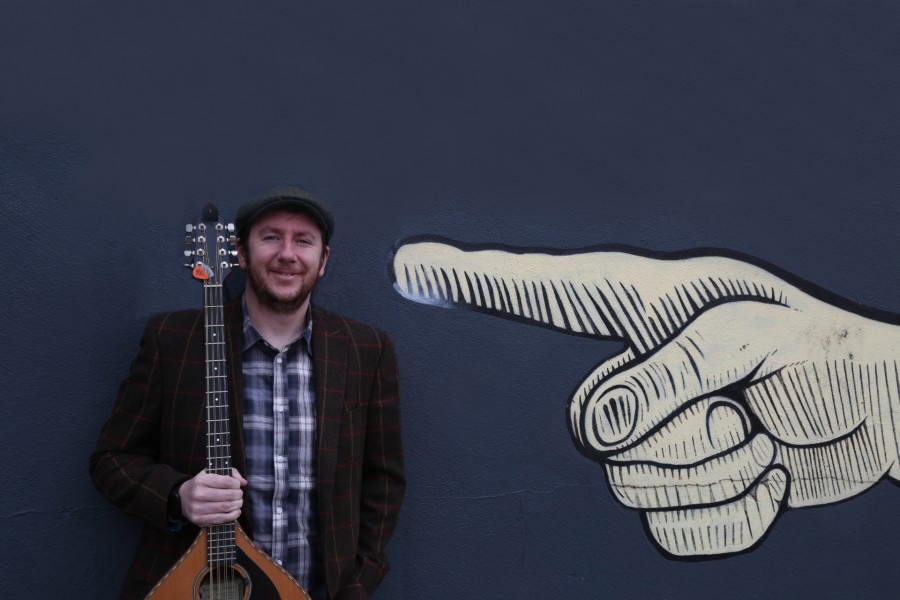 With much of the world in isolation due to the Covid-19 pandemic, artists have been instrumental in making life bearable for the millions of people stuck at home and living with the anxiety and uncertainty brought on by the crisis. Few have responded as rapidly and positively than Daoirí Farrell.

Within days of Ireland’s lockdown, BBC Folk Award winner and RTÉ Radio 1 Folk Awards nominee, Dubliner Daoirí Farrell set up a corner of his kitchen as a makeshift stage and began live streaming. There was no plan to make this a regular event but with 1,700 comments and 49,000 views on Facebook alone in the following days, and requests coming in from across the world for another concert the next week, Daoirí began performing weekly at 10pm GMT every Sunday.

Titled The Corner Sessions, it included hand-sanitising reminders, limerick competitions, regular updates on Daoirí’s goldfish, Rocky-themed exercise, Covid-Corner signs made by Daoirí’s father Dessie, and of course some amazing live performances of music from Daoirí’s catalogue. Requests come in thick and fast during the shows with Daoirí’s girlfriend Catriona fielding questions and passing requests between songs.

On the back of The Corner Sessions, Daoirí recorded two songs during the pandemic. Called ‘The Lockdown Singles’, the two songs reflect requests he received from all corners of the world during his live-streamed sessions and over the past couple of weeks he has recorded a soulful and moving a cappella version of ‘The Parting Glass’ in honour of all of those who have lost their lives to Covid-19, along with a recording of ‘When the Breakers Go Back On Full Time’, previously recorded by Frank Harte and Dónal Lunny. This song recounts the longing of strikers for better days, reflecting the lockdown experiences of workers during the current pandemic.

The singles will be released on 26th June with pre-sales from 19th June.