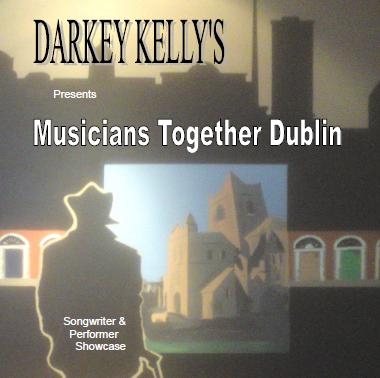 The Musicians Together Dublin group represents new and emerging Irish and Ireland-based songwriters and performers. A regular showcase session and get together takes place on the second Tuesday of each month and during The Gathering Year it is hoped it will be a window to the world for international music industry professionals, individual visitors and potential artist patrons. A wealth of writing and performance talent can be experienced ‘under one roof’. Musicians Together members from overseas also drop in from time to time.

A showcase CD and digital release has now been officially released with the help of sponsorship from Darkey Kelly’s who also host the sessions. Musicians Together Dublin aspires to help its members build on and continue the international success and recognition already achieved by so many Irish songwriters, artists and bands, helping to keep Ireland at the core of the international music world. The CD features great original work and it is hoped to bring more of the artists involved to the attention of radio, music industry people, the general public and other media with this initiative.

For further details see the Musicians Together Bandcamp page and Gathering event.