Dave Geraghty launches new ‘Join Me In The Pines’ project 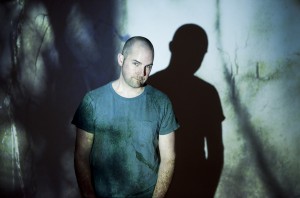 Bell X1’s David Geraghty released his debut solo album ‘Kill Your Darlings’ in 2007, to critical and fan acclaim. The album was also nominated for a Choice Music Prize that year. 2009 saw Geraghty return with his second solo offering ‘The Victory Dance’. Both of these albums were written and recorded between stints in the hectic Bell X1 touring schedule.

Similarly, Dave’s new project, ‘Join Me in the Pines’ was written and recorded over a year and half while on and off the road. JMITP is a return to the somewhat isolated creative process under which his debut album was made. This time around the process benefits from a newly built home studio, (which was tried and tested on the demos for Bell X1’s “Chop Chop” album). “Finally there’s a place, other than their flight cases, where all these instruments can reside. Every musician’s dream is to have their own home studio. However, this dream is of the double-edged sword variety. Being a workaholic, it’s sometimes difficult to switch off knowing that the studio is attached to your living room.”

Included in the new studio’s arsenal of instruments is a 200 year old Harmonium which was rescued from a local church. “Had I not spotted the ad in a local newsletter, this beautiful old instrument was heading for the skip. It’s the harmonium’s warm, rich tone, that is the opening sound on the new album.”

Once again Geraghty displays his musical skills on the new album by playing almost all of the instruments, although it was enhanced by some great talents from the trad, folk and classical worlds.  Clare Finglass, who appeared on Dave’s first two albums, once again lends her voice to make one half of the backing vocal duo. The other half being Dave’s Mammy. “Because apart from being amazing, she works for free”.

The album was mixed by Phil Hayes, who has also recorded and mixed some of Bell X’s albums (Flock, Tour de Flock, Blue Lights on the Runway, Field Recordings).

Geraghty, who is North Dublin based, wanted to change the name under which he released his solo work, to evoke a world where the music lives, instead of it being anchored to reality by a person’s name. Join Me in the Pines came about from the imagery that in part inspired the songs and in part was evoked by the developing mood of the album. The artwork for this debut, which is currently being finalised by the artist Alan Clarke (www.mralanclarke.com), has a strong sense of the characters, places and themes that surface throughout the music.

Join Me In The Pines will be premiering their beautiful new set of songs for the first time publicly in April 2014. On this bare bones tour, JMITP will be visiting IMRO Venue of the Year – Coughlan’s in Cork on Friday 5th and the beautiful intimate surroundings of The Dublin Unitarian Church, Stephen’s Green, Dublin on Friday 11th April for two very special shows.

The Dublin Unitarian Church seemed like such a perfect venue as all profits from gigs go towards the restoration of their 1911 JW Walker resident pipe organ which they’re working hard to raise €250, 000 for.