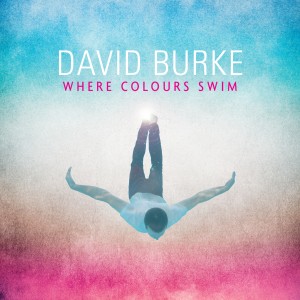 Having busked his way from Dublin to New York to L.A. and guested with artists including Wallis Bird, Declan O’Rourke, Alabama Three & the Hot House Flowers…David felt it was about time he set the ball rolling with his own full length release…and the result is nothing short of spectacular!

‘Where Colours Swim’ was recorded in Wales, London and Dublin with production credits from prestigious names such as Roger Bechirian (Elvis Costello, Bell X1) & Adam Kviman (Eagle Eye Cherry – ‘Save Tonight’). Also featuring on four tracks, are the string orchestrator & players who played on Amy Winehouse’ ‘Back To Black’.

Previous singles from the album ‘Love Hate’ and ‘Clothes On The Floor’ both peaked at No.1 in the Irish iTunes charts so that’s a good indication of the calibre of this album.

Of the album, David said ‘I consider myself a perfectionist & intensely strive to develop my craft. I have squeezed every last bit of my energy & creative juices into this & now look forward to taking it on the road & giving it new life!’

‘…accessible, melodic and catchy with memorable choruses and impressive arrangements…playing and production values are not only impeccable but big-budget sounding’ HotPress

‘Beautiful Mind’ is the lead single to accompany the album, enjoy the brand new video below