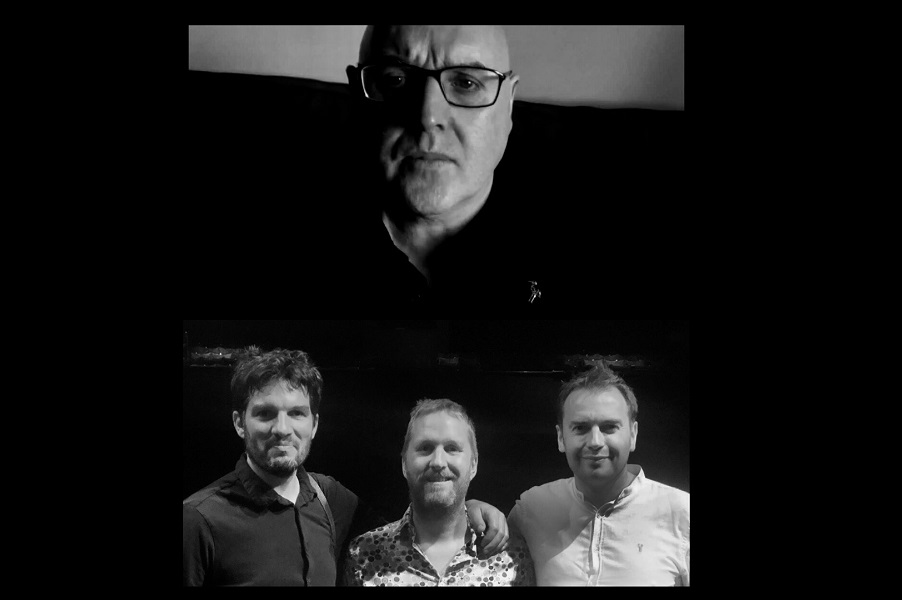 This catchy no-nonsense Americana / Pop song was recorded at Vickers Vimy’s own studio by the very talented Ciaran Byrne, mixed by Grammy nominated Chris O’Brien and Graham Murphy at The Production Suite Dublin and mastered by the legendary Richard Dowling at Wav Mastering.

It’s a fun rhythmic song with an underlying message of hope and a light at the end of the tunnel. No matter what we go through, whether it’s a mental health issue or the ability to cope with the challenges now happening to all of us, this is a relevant and appropriate song which both artists have decided to release together.

When people really need a positive message, songs can help as this one surely does.

The track melds the talents and sounds of Vickers Vimy and David Dee Moore, both have a handle on creating wonderful counter melodies, weaving in and out and yet managing to keep a constant foot stompin’ rhythm and addictive choruses.

Singer/songwriter David Dee Moore based in Mayo celebrates 40 years of music-making all over the world and having spent the last 20 years playing in the West of Ireland as a resident musician in Matt Molloy’s bar (The Chieftains), Westport. He has collaborated with such artists like Niamh Parsons (3 albums), Steve Wickham (songwriting), the legendary Liam Clancy (Late Late Show), Brian Kennedy (TV and recording), Juliet Turner (performing) and Jerry Fish (writing and performing) to name but a few.

Hailing from Mayo, on the wild Atlantic coast of Ireland, Vickers Vimy craft songs that dwell on the borders of folk and Americana. Rich eclectic sounds anchor lyrical themes of scratched vinyl nights and hazy Sunday mornings. Their second album ‘Atlas of Hearts’ was released in 2018 and are regularly played on Irish national radio. Vickers Vimy have collaborated with Colm Mac Con Iomaire (The Frames & Swell Season) and had the pleasure of recording in Nick Seymour’s (Crowded House) studio.