David Kitt, Kean Kavanagh and Fehdah Join Forces for Three’s ‘Made By Music’ 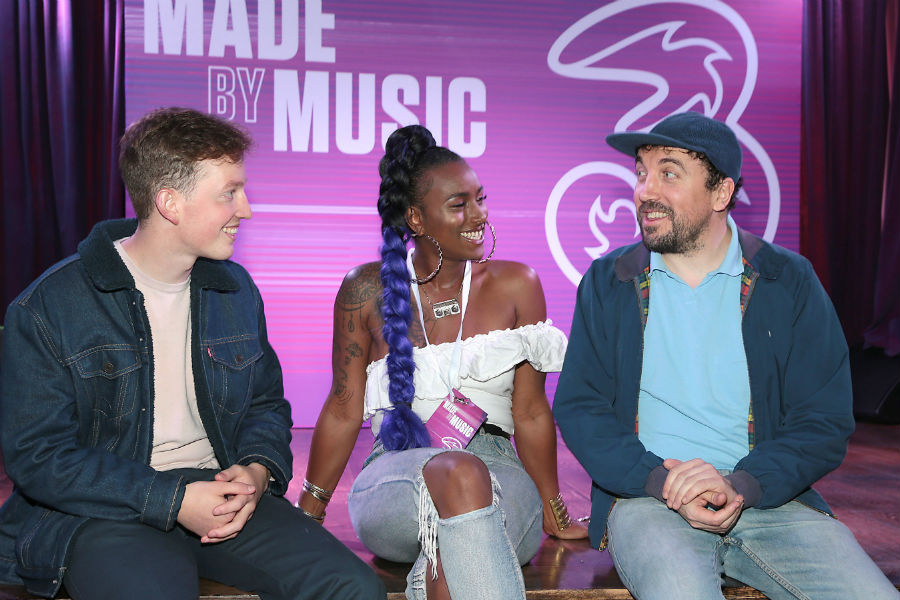 David Kitt, singer songwriter Kean Kavanagh and future-afro soul vocalist Fehdah have teamed to release a brand new hypnotic summer anthem, ‘Follow The Sound’. The track was written and produced by all three artists as part of Three’s ‘Made By Music’ initiative.

‘Made By Music’ is an innovative move which seeks to demonstrate the human connections that music creates by collaborating with some of Ireland’s best artists from the thriving Irish music scene. Building on the success of ‘Made By Music’ last year, Three has gone a step further with the initiative by partnering with six Irish musicians to write, record and release two brand new collaborative songs which will be supported by world-class music videos.

The official video to ‘Follow The Sound’ follows the journey of a bride who loses herself in the music during her first dance. Directed by Ian Robertson, the video is available now to watch here.

Three’s ‘Made By Music’ campaign will provide the artists with the opportunity to reach wider audiences by developing and funding a full media campaign to support the track and video. The campaign will include a second unique collaboration later in the summer, also featuring a bespoke music video.

#MadeByMusic will release the second collaboration in the series by Soulé, Sorcha Richardson and Elaine Mai later this summer.

‘Follow the Sound’ will be released across all streaming platforms this Friday, 28th June. Join the conversation on social using #MadeByMusic.