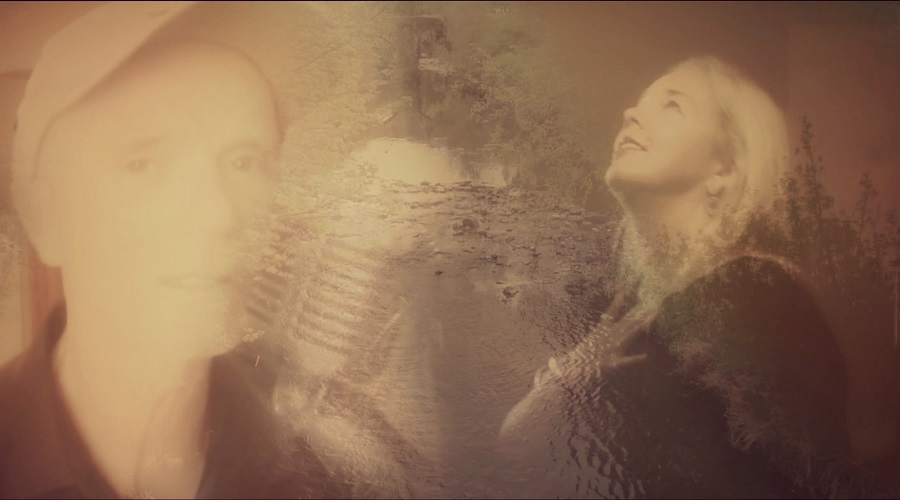 Released ahead of David Virgin’s “The Beautiful Album”, the single and music video, The Weir, is a celebration of natural beauty, produced by Rohan Healy with the help of Leslie Dowdall (In Tua Nua), who not only added her iconic singing voice to the track but also lent her skills to orchestration and production. The track also features the talented, up and coming harpist; Caoimhe O’Farrell.

The theme of the Beautiful Album, due for release summer 2017, is is mostly poetic, melodic David Virgin compositions, produced as duets utilising the significant talent of Ireland’s foremost female artists. This includes multiple award-winning singer-songwriters Kate Dineen, Leila Jane and Elga Fox, with more exciting artists to be announced in the lead-up to the album’s release.

The principle musicians on the album are Al Quiff (double bass) and Rohan Healy (guitars and additional instrumentation), better known as alt-country and ragtime duo, The Dublin City Rounders, of Busker Abu and The Voice UK fame. A departure from their usual antics, the lads have joined their Dublin-born father David, performing on and producing this special family album. While the stage names may differ, David, Rohan and Al all belong to the notable Healy music family.

Hanging in the Bridle Bar of the Aras an Uachtarain (official residence of the President of Ireland) are the framed, original, hand-written lyrics of one of David Virgin’s songs. He was instrumental in the creation of industrial music in the late ‘70’s with his group SPK in Australia. He has lived the world over and in a career spanning four decades has performed with the likes of Mary Black, Nick Cave, INXS, Lloyd Cole, Billy Bragg and Cat Power, to name a few.

“The Beautiful Album” will release physically and digitally Summer 2017 with a launch show to be announced. The Weir is out now and available to purchase on Bandcamp: https://davidvirgin.bandcamp.com/track/the-weir-feat-leslie-dowdall