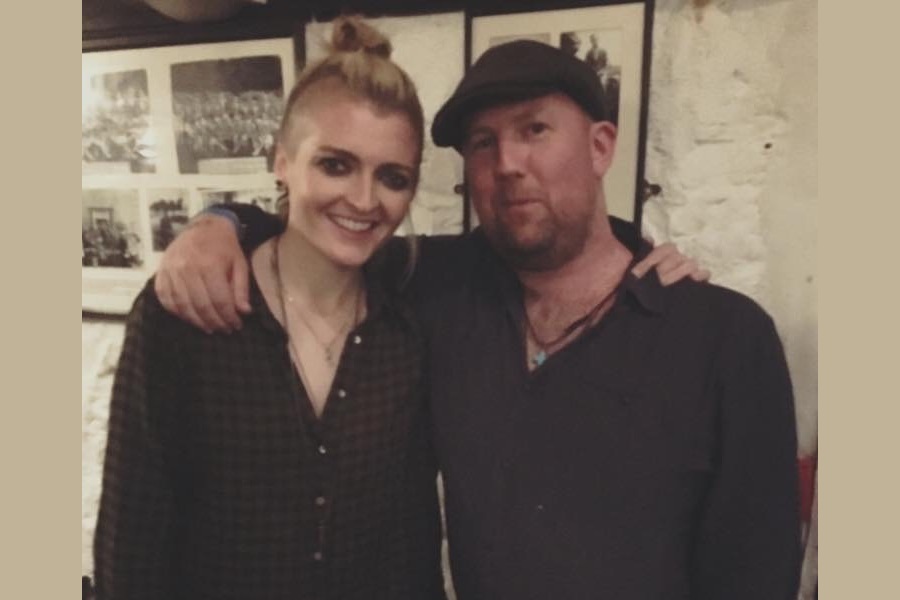 Following on from her stand out performance at this year’s Electric Picnic, singer ELLYD will join forces with chart-topping Davie Furey for an acoustic tour later this month.

After lending her vocals on Davie’s recent hit single ‘Secret Light’, which hit the number one spot in the Irish singer-songwriter charts, the duo have decided to combine their unique voices and hit the road to play at some of the most intimate and unique music venues across the country.

Already a well-known name on the traditional folk and contemporary music circuit, Davie is excited to share the stage with ELLYD for the tour.

And he said his soul-stirring single ‘Secret Light’, which was enhanced beautifully by the Dubliner’s silky vocals, will be just one of the many duets music lovers will have to look forward to at their gigs.

Davie, who counts Hollywood acting legend Jeremy Irons amongst his fans, said: “We will be doing a lot of our own material but will also be doing a few duets that I’m sure people will enjoy. There will be a few surprises there for sure too. We gel well together on stage and I just love performing with her, it’s going to be cracking tour.”

As well as coming together for a few collaborations on stage, ELLYD and Davie will also be performing some of their own best known songs.

Davie’s last release, an eleven track album entitled ‘Easy Come Easy Go’ was very well received in live venues across the country when he took it on tour.

Since its release the album has already been showcased by RTE, BBC Radio and a number of other stations both home and abroad and resulting in a worldwide publishing deal with Universal Music.

Meanwhile, ELLYD debuted her new material in Berlin last year, playing various stages across the city she describes as one of her favourite places in the world.

After her successful travels to Germany, she released her EP ‘Rise’ in May 2016, which was recorded, mixed and mastered in Jam Studios with Martin Quinn and reached number 8 in the iTunes charts.

ELLYD started 2017 recording new material and her latest single ‘Lucky’ has received rave reviews with one claiming it was “her most confident and memorable song yet in 80s pop atmospherics.”

The duo will be kicking the tour off at renowned Boyles Pub in Slane, Co Meath, on September 21.

They will then travel across the country hitting a number of top music venues including Sardino’s in Derry before ending the tour in style when they play the Battle of the Lakes which is set against the breath-taking backdrop of Achill Island in Co Mayo.

ELLYD, whose vocals have been likened to Blondie’s Debbie Harry meets Irish Songstress Gemma Hayes, said she can’t wait to hit the road and said those attending the gigs will have a lot to look forward to.

She said:  “We’ll be doing a few songs together, some original music and some special covers. It’s going to be a lot of fun and we promise to make it a night to remember for those who come along. I can’t wait to hit the road and see places I’ve never been before. I’m looking forward to playing so many gigs in a row and being on the road with friends.”

For further information check out www.ellydmusic.com, ELLYDMUSIC on Facebook and twitter or www.daviefurey.com or Davie Furey on Facebook/twitter. 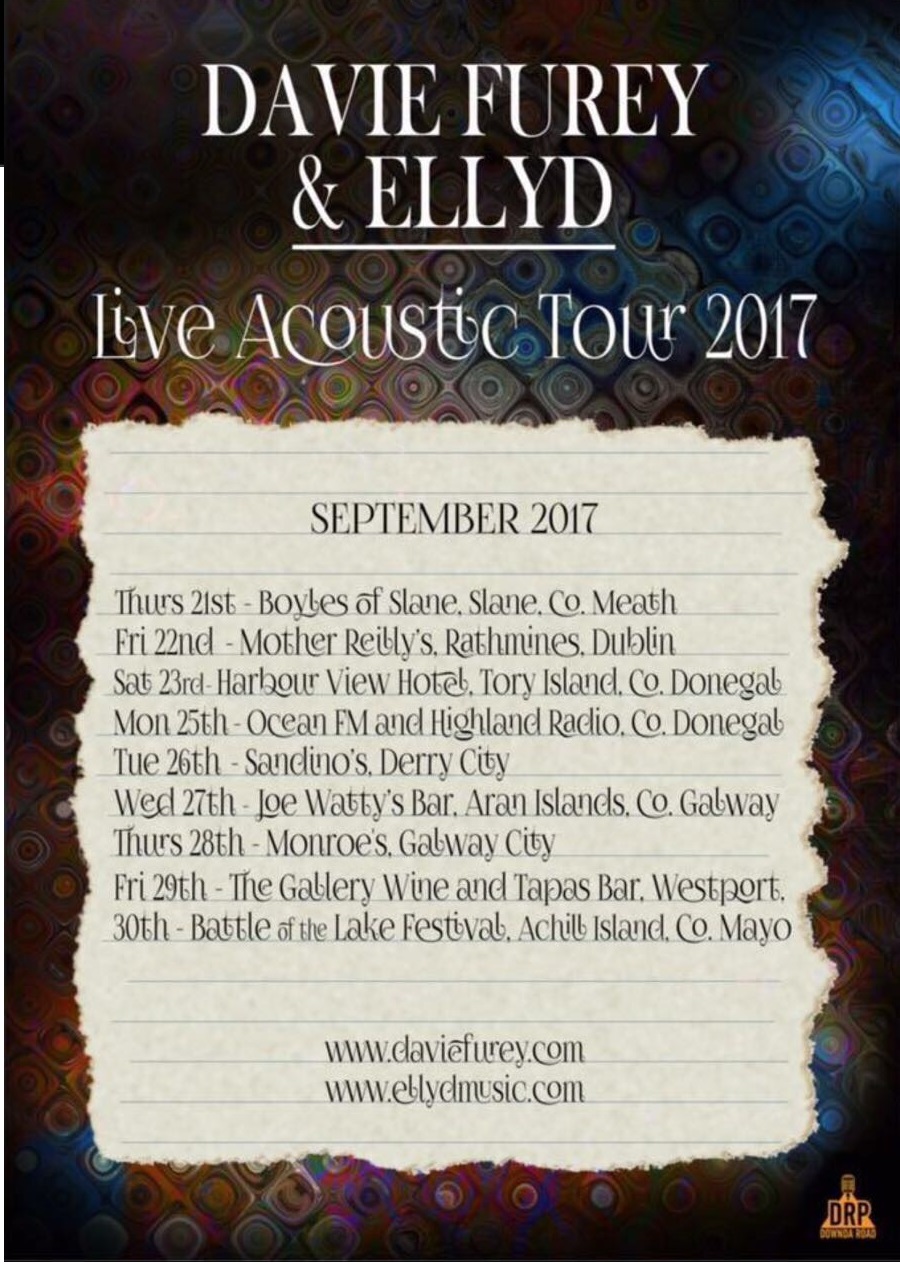