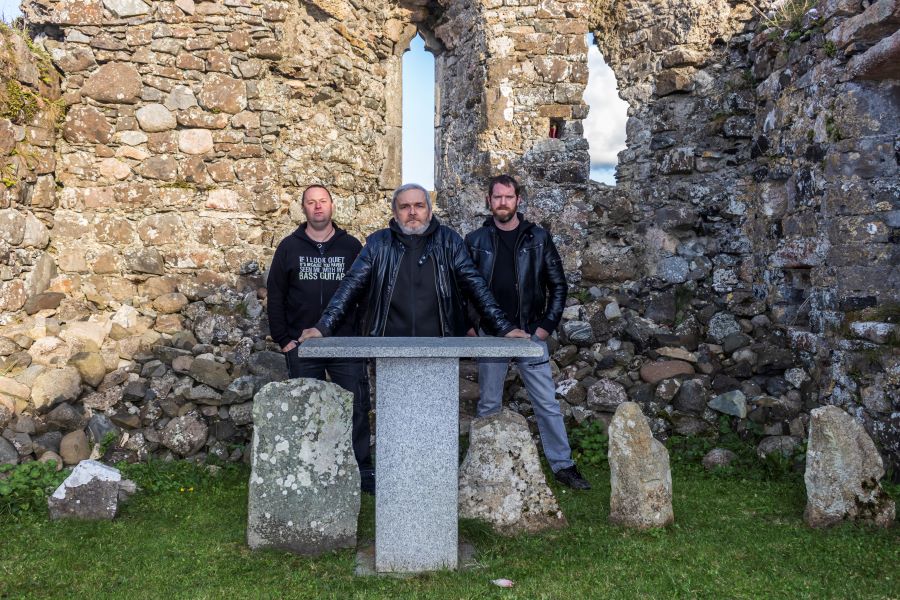 Independent Music Label, DCMUSIC, are delighted to announce the  release of County Down post punk/rock band Dean and Chapters new single ‘Nowhere’, a song with a statement and a quirky and fun video to accompany it!

Dean and Chapter were formed in April 2019 to promote their debut EP, ‘Spiritual Suicide’ which Dean had recorded and produced in the previous months. The band consists of London born, singer/songwriter Dean Wright who has been living in Newry for almost 20 years, Jason Varley on Bass Guitar who also happens to be the bands amazing sound engineer and producer at his studio, The Shop Recording Studio, based in the beautiful medieval village of Carlingford, and making up the third member of the band is Padraig Farrelly, an experienced and epic drummer from Cavan.

When the band formed in April 2019 they have been consistently gigging around Ireland gaining a loyal following from the punk community, they travelled to Edingburgh to Headline a show and the highlight of the year was to open for the amazing Irish punk band, The Gakk at the Stags Head in Dundalk. The Republic of Ireland has always been very kind to the band.  The songs on the are dark, and to quote a review by  music reviewer Liam Oragh, “It would slot in nicely on an early R.E.M album – with shades of Echo and the Bunnymen or our own Emotional Fish – this is dark and passionate – this is not music for the sake of it – this is about letting the demons out – about expressing life’s frustrations – about getting worked up and emotional and lyrical about what you’ve been through – there’s no stronger therapy than performing a song for an artist who is being honest and real.“

Now, one year later they have now released a new single/video, ‘Nowhere’ a song with a statement, sounds reminiscent of The Stranglers and The Police. The video to accompany it is quirky and its obvious the band had a fun time at the shoot. Written last September 2019, the songs style inspired Dean after he had seen The Gakk perform a reggae style song at one of their gigs from this, the song was born. It has to be mentioned that Jason who is also an sound engineer and producer created and played the bass line and also spends hours working on the mix, Padraic, the drummer, who has crafted the drums that work perfectly with the song. Mention has to be given to  Richard Osborn, video producer, as well as Kieran Moore and Christopher Kelly who all gave their time to film and direct Dean’s vision for the video. The band were also very honoured that the amazing Barry Grint from Alchemy Mastering mastered the track and took it to the next level, his history with mastering top artists speaks for itself.

The song is available on all digital platforms and the video is on the bands YouTube channel.