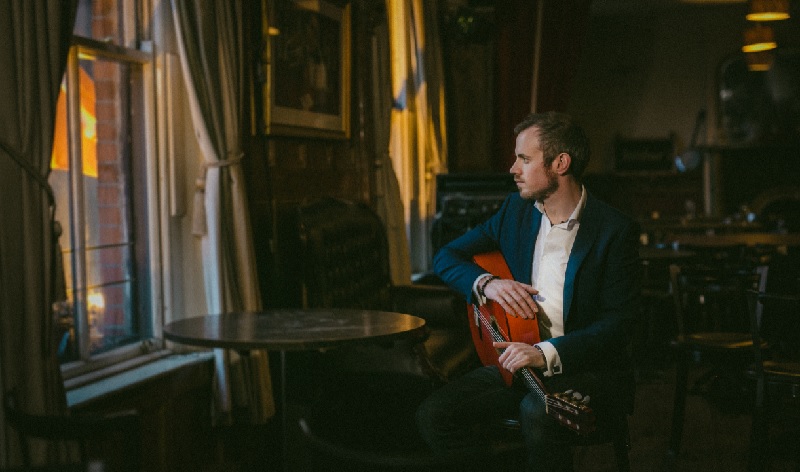 For the last 10 years John has been at the forefront of Flamenco in Ireland, as a performer, composer and educator.

Having studied with Flamenco masters in Algeciras, Seville & Granada, John returned to Ireland to bring his passion for Flamenco music to the stage.

He has performed as the International Artist at the Paco de Lucia Guitar Festival in Algeciras, Spain and The International Flamenco Festival in Consuegra, Spain as well as in the famous Flamenco venue ‘El Candela’ in Madrid, Spain and numerous venues throughout Ireland & the UK. He has composed music for the National Ballet of Ireland, Riverdance and Michael Rooney’s De Cuellar Suite.

A first of its kind for any Irish artist, ‘Irlandalucía’ is the culmination of over 10 years of deep immersion in Andalusian Flamenco culture combined with John’s Irish heritage and upbringing.

Containing 7 original and spellbinding Flamenco guitar compositions composed by John over the last number of years, features collaborations from percussionists from Spain and the Netherlands.

Although a little over a week old at the time, the album was featured by Ellen Cranitch on Ireland’s national classical music radio station Lyric FM as one the ‘best albums of 2020’ as well is receiving airplay in Spain and the USA.

“Each piece on the album has a different mood but it’s united by the common thread of John Walsh’s musical quest. There’s melody, depth, emotion and brilliant technical virtuosity, but also elegance… a very beautiful and haunting composition which manages to convey both lyrical freedom and grace…It’s really superb stuff” – Bernard Clarke, Lyric FM

‘Irlandalucía’ is available in both CD and digital download formats from the online store on John’s website www.johnwalshguitar.ie