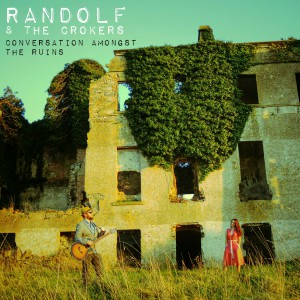 Conversation Amongst the Ruins is a four track debut EP from Limerick band Randolf & the Crokers due for release on Friday 8th May. It follows on from their debut single Hangin, released in December last year.

The EP was recorded and mixed in the Lakelands Studios in Athlone by Mike O’Dowd and mastered in Limerick by Richard Dowling of Wav Mastering. It showcases a blend of folk/country/blues influences with ear-pricking harmonies which combine to produce a unique sound that has been carefully honed on the local gig circuit over the last few years.

The six piece band formed in 2011, released their debut single and video for Hangin in December 2014 and 2015 sees them release their first physical recording Conversation Amongst the Ruins.  The band has played locally in various Limerick venues over the years and has supported O Emperor, Mark Geary, Moscow Metro, John Blek & the Rats and most recently The Lost Brothers.

Conversations Amongst the Ruins will be available on digital release from Friday 8th May.