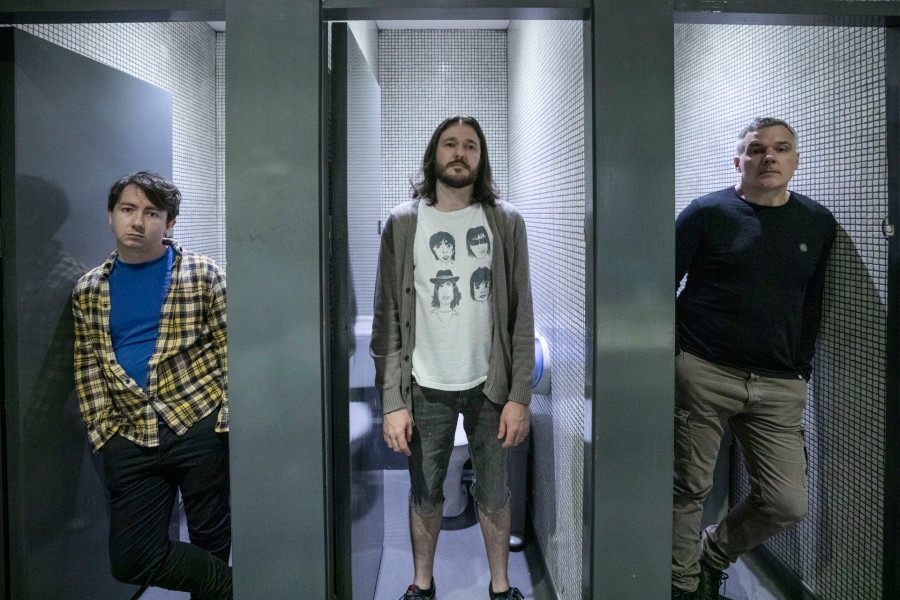 From the bear’s lower back (Gorey, Ireland) emerges Foot Squeaker. Three Rock and Rollers with one rule: keep it hard, keep it fast. Formed in 2018, first show Summer 19′ with no boring filler and the crowd singing along instantly, first single NOW.

‘No Connection’ chugs harder than Thomas The Tank Engine racing down the tracks to save the day with toms and guitars beating your chin up and down, before ripping things open in the chorus.

‘No Connection’ was recorded in Hellfire Studios, Dublin, with Ivan Jackman (Chad Channing, Sinéad O’ Connor, Girlband) behind the desk. The band tracked live, just like it should be done. The song discusses how genetics do not always mean a guaranteed connection to the people in our lives.

The band left their houses at 5:30am on a recent Sunday morning to hit the streets of Gorey, within 2km of their houses, to shoot the video for ‘No Connection’. The deserted streets gave the perfect backdrop for the song.

When the live scene returns Foot Squeaker hope to share the stage with some of their favourite Irish rockers: Fangclub, Bitch Falcon, Thumper and Fontaines DC to name a few.