Debut Track from A Scene From A Break 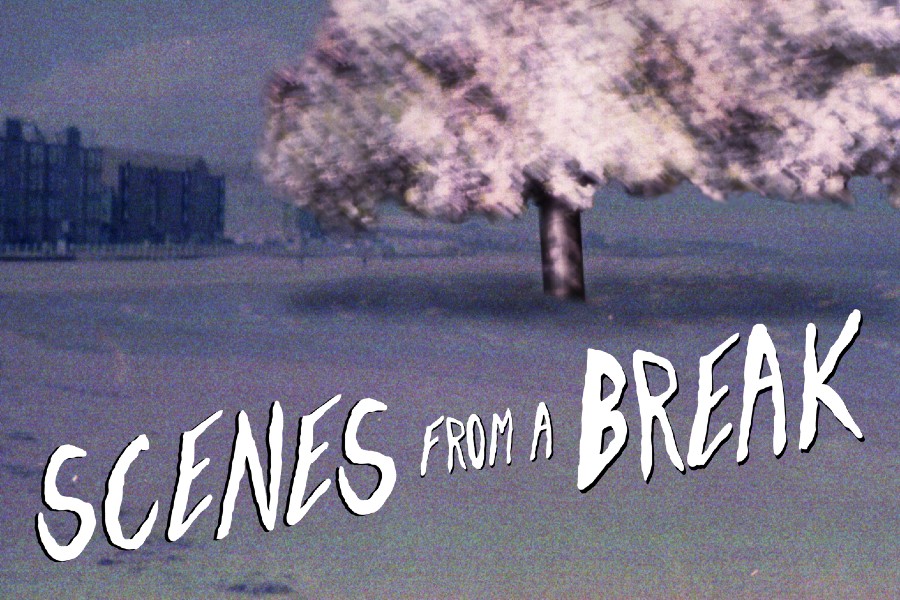 ‘Silly Little Games’ is the debut release from Dublin indie-pop duo A Scene From A Break. The track documents the moments of realization that come having moving on from something that is causing you pain, and the sense of growth that comes from such moments. “You see all the things and people and places that used to trigger all the bad feelings within you, but for the first time in a long while they have almost no effect on you anymore” songwriter Ó Dúnlaing notes of the track, “You are a different person than you were before, hence the lyric ‘You wouldn’t know me at all, if you saw me now…‘”

The lyrics, framed as a conversation, between the person walking away and another struggling to keep their sense of control, delves into the contrasting emotions that come from such a moment, and the bravery it takes to take a stand and begin moving on from a traumatic moment. “I just heard a melody in my head and the lyrics poured out of me” Ó Dúnlaing explained, “They were never based on any particular personal experience but just the feeling I got from listening to the music that Luke had created“.

The track is a unique blend of 90’s guitar pop (The Cardigans, Sixpence None), and the 80’s-tinged melodic sheen and aura of bands such as The Cure. The track was recorded entirely remotely, with Foley producing the instrumentation and Ó Dúnlaing recording her own vocals. From there, they got Darragh Nolan (aka Astakalapa) involved to develop the track’s warm, live band feeling. “It was the first time I had ever worked on a track for release like that and it was a great boost to my confidence to have been able to do it” Ó Dúnlaing explained of the production process.

Scenes From A Break is a collaborative project between singer/songwriter Sally Ó Dúnlaing and songwriter/producer Luke Foley. It began as a project when Foley posted online that he was in search of a vocalist to help him demo some tracks. When Ó Dúnlaing reached out and the pair started working together, they found songwriting together so seamless that they decided to form a new band.

Ó Dúnlaing has spent the last number of years releasing music under the moniker of ÓDÚ. In 2016, the Bray native released her debut single under Ódú with ‘Different’. This was followed by her debut EP ‘The Conversations EP’ in 2017, which was widely acclaimed upon its release, with Hot Press remarking that ÓDÚ had a “Non-ironic, unapologetic penchant for crystal clear pop.”

Since then, ÓDÚ has released ‘Roots’ in 2018 ‘Roots’, which was playlisted on RTE Radio 1 and added to Spotify’s New Pop Revolution playlist, and ‘The Feeling’ in 2019, which was chosen as 2FM’s Record Of The Week and saw her play a UK / Ireland tour in June and July.

In addition, ÓDÚ composed music and lyrics for ‘Confirmation’, a musical memoir created and performed by performance artist Xnthony, marking her first foray into musical theatre. Confirmation went on to sell out Dublin Fringe Festival in 2018 and completed a month long run at Edinburgh Fringe Festival 2019.

On deciding to release music distinct from the ÓDÚ name, Ó Dúnlaing said “ÓDÚ has a particular sonic identity whereas Scenes From A Break is a whole new thing where I get to wallow in the sounds and vibes of bands that I would never quite be able to fit into an ÓDÚ production such as The Cure, The Cardigans, Pale Waves, and Tame Impala. It also gives me the opportunity to cosplay different scenarios in my head because the music inspires a completely different response from me.”