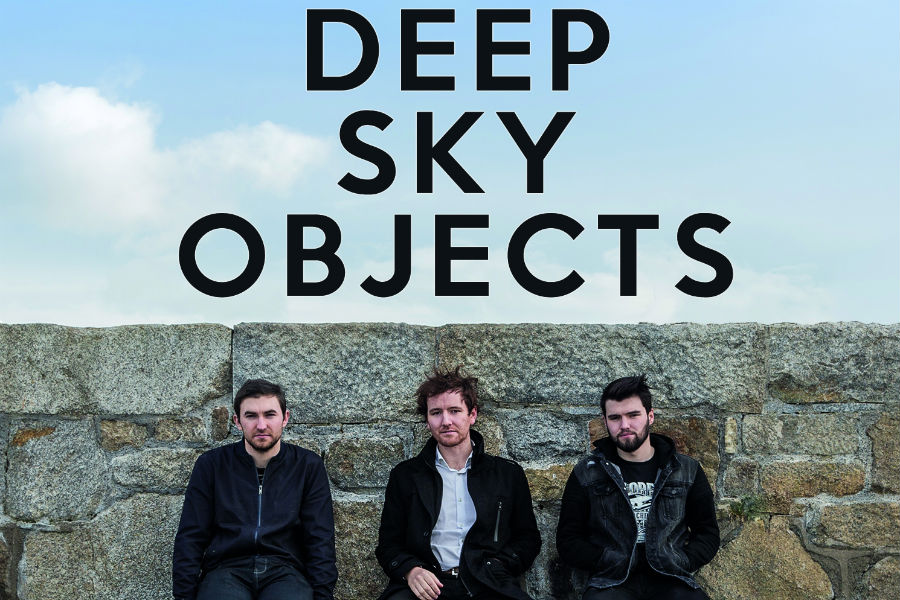 A deep sky object is star cluster bright enough to be seen by the naked eye. That alternative-rock Kerry/Dublin trio Deep Sky Objects have adopted the name not only illustrates their ambition but the breath of their scope. Drawing on influences from The Smiths, Interpol and Radiohead, Deep Sky Objects light up 2018 with their new single ‘This City’s At War’ set for release March 12. The trio will launch the new single with a show at Drop Dead Twice in Dublin on March 9.

The vigorous, punchy Director-esque ‘This City’s At War’ is a search for an answer in a time of uncertainty. The fizzing melodic guitar counters with the languid melancholic vocal. “I don’t know who I’m fighting for” bemoans lead singer Kevin O’Brien at the centre of the song’s earworm hook. It begs the question, in a time when we all ‘must’ have an opinion, is it okay to say “I don’t know?” Must we have already picked a side? And is ignorance truly bliss?

“I think Kevin O’Brien could be one of the most personable vocalists I’ve heard in an Irish band in an age, I love this guy’s voice” says Remy Connolly of The Best of Music & Film Blog. “Each track is engaging, thrilling and well crafted. It’s a meaty well produced collection of tracks that is laser-focused on doing the simple things to perfection and boy do they excel”, remarks Indie Buddie.

Deep Sky Objects have set out with purpose and ‘This City’s At War’ sizzles with impetus and expectancy. As we enter the start of a bright new year Deep Sky Objects not only feel like a part of the commentary but also assures us of the potential that both the band and 2018 holds to dazzle us.