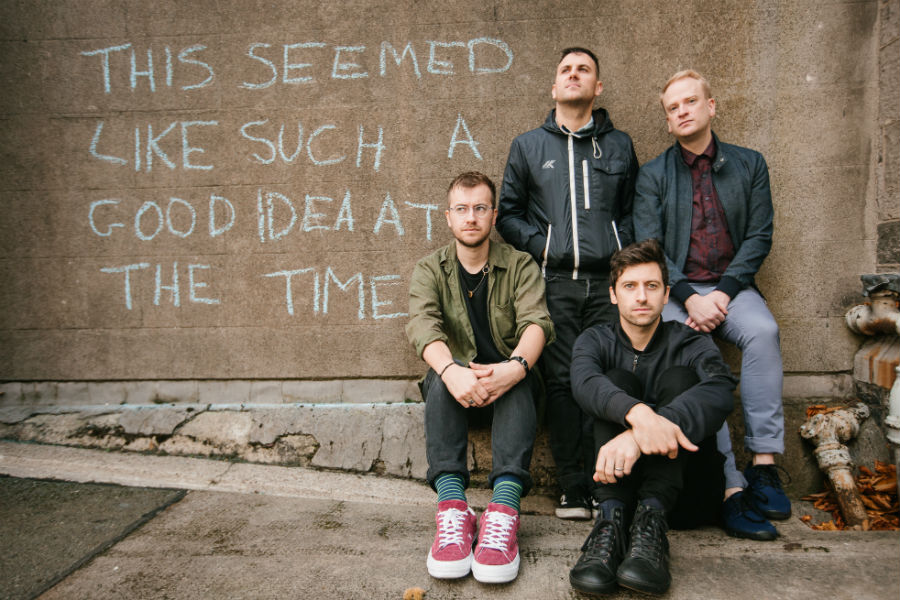 Delorentos re-release their Christmas EP, ‘Be Here Christmas Time’, to celebrate the end of another momentous year!

The ‘Be Here Christmas Time’ EP comprises an original and two resolutely seasonal cover versions and all profits will be donated to Focus Ireland.

1. ‘Be Here Christmas Time‘ – an original Delorentos tune, described by the band as a “lullaby for grownups“. It celebrates the simple act of sharing time with a loved one – not the obligatory family mash-up but time with your best pal, who gets you and accepts you and who you can chat with into the early hours, or sit with happily in complete silence. Christmas can be difficult for many of us and, with its celebration becoming more and more contorted, this song tries to capture its most special element: the opportunity, in mid-winter, to down tools and be with those you love.

2. ‘Christmas (Baby Please Come Home)‘ –a version of the classic Phil Spector-produced tune – originally sung by Darlene Love and released on the 1963 Christmas album “A Christmas Gift For You From Phillies Records”. Recorded by Gavin Blake for Today FM.

3. ‘Winter Song‘ – a version of what has rapidly become regarded as a classic Christmas tune, originally released by Sara Bareilles and Ingrid Michaelson in 2008 and a minor hit in their native Canada.

The quartet round off 2019 with a set of Irish tour dates, celebrating the 10th anniversary of the release of ‘S.E.C.R.E.T.’. These are…

All profits from the sale of the EP will be donated to Focus Ireland.