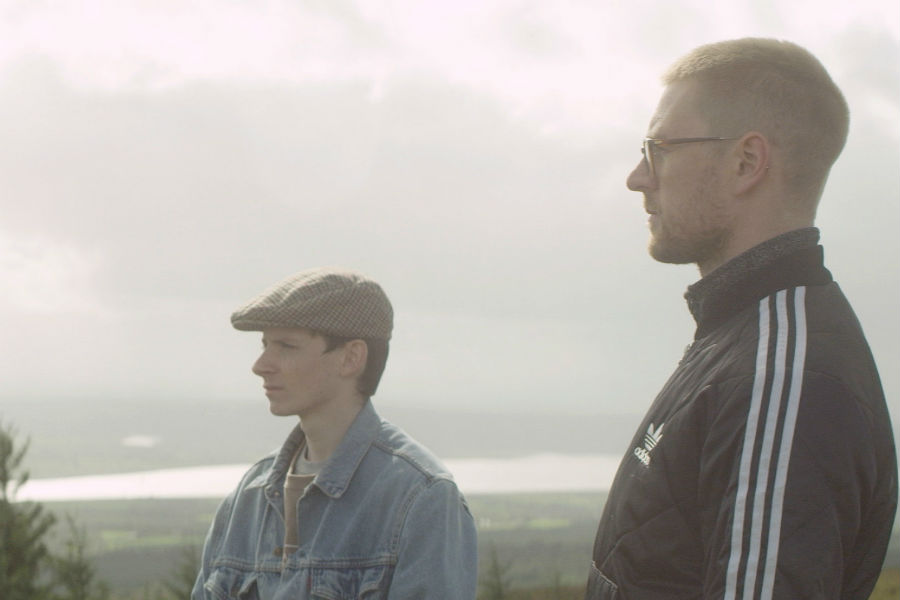 Berlin based, Irish native singer/songwriter and producer delush presents the second single from his upcoming 2020 debut album featuring the stand-out Limerick rapper Strange Boy, out now on all digital platforms.

The two wordsmiths, who first bonded over a mutual fascination for mythology, have teamed up to record a relentless track that convinces with its blend of delush’s strong but gentle vocal and Strange Boy’s spit-fire philosophy.

delush first started writing and recording ‘It’s Alright’ in his Berlin studio and flew back to Ireland to meet with the then 18-year-old rapper who he was convinced would be the perfect addition for the track. He picked Strange Boy up and drove to the studio. ‘It’s Alright’ was recorded within two hours of their first ever encounter. The track began an ongoing collaboration between the pair.

‘It’s Alright’ talks of taking ownership of your own life and your own choices in order to be free and of overcoming the fear of failure by dropping standards in both music and life, or as Strange Boy explains: “It’s about dropping standards that drain the enjoyment out of something that’s supposed to fulfil you. If you’re willing to just create without listening to that voice in your head always telling you that you can do better, things become more playful and fun which is the point of doing something you love. Be content with what you build so long as you did everything in your power to build it. And don’t take yourself too seriously, because you can talk all that slick shit, until you take off your paddy cap only for a scumbag pigeon to take a massive shit on your head!”

The new single is out now, Thursday 16th May 2019, along with an inspired video/animation hybrid directed by delush, and animated by Irish visual artist Brown Sauce. Listen on all digital platforms here: https://awal.lnk.to/ItsAlright.

Delush has upcoming live dates at: