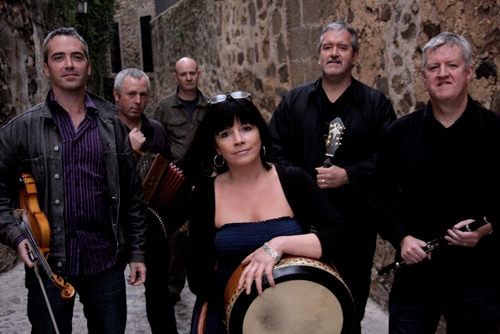 Exuberant Irish traditional music band, Dervish, have been invited to the 2011 Bristol Folk Festival next spring – a festival that is returning to the city after an incredible 32 years. The sensational Sligo-based musicians will be the special guests of multi award-winning headliners Show of Hands.

Led by Cathy Jordan, regarded as one of the finest traditional singers in Ireland today (as well as a fine bodhran and bones player!), Dervish will be performing alongside All Ireland Champion fiddler Tom Morrow at the festival. From the Great Wall of China to packed auditoriums in the Holy Land and being the first Irish band to perform at the greatest music festival in the world, "Rock in Rio" in front of an estimated audience of 240,000 people, Dervish have built themselves a sparkling reputation as some of the most exciting exponents of Irish music, veering from jigs and reels to soulful ballads.
www.dervish.ie
Latest News