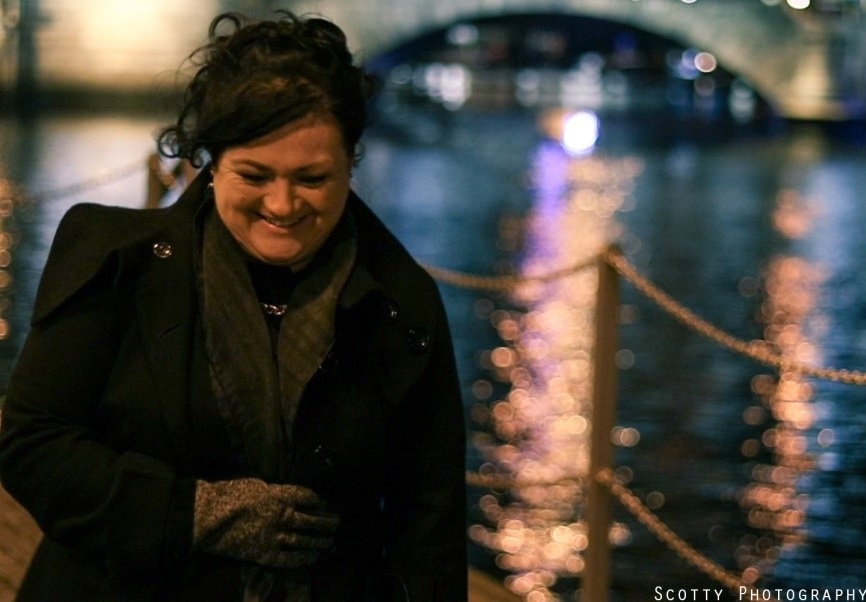 It’s not often that a new voice arises out of an ancient tradition that fuses the richness of the past with the promise of the future. But out of the centuries-old traditions of her native Donegal, Diane Cannon is a singer and musician who beautifully brings the songs sung and the music played by the hearth fire of a long gone house ceili to the sophisticated tastes of a 21st century audience. From Meenlaragh, a small town outside the village of Gortahork in the heart of the Donegal Gaeltacht, Diane inherited her copious musical talents from both sides of her family; all four grandparents were accomplished musicians and singers.

As a youngster, Diane frequently won competitions and competes successfully to this day, most recently winning first place in the prestigious competition, Comortas Cuimhneacháin Shéain Óig Uí Thuama at Oireachtas na Gaeilge. Diane also regularly performs and records with her equally talented seán-nós singer and daughter Kelly Ní Chanainn, whom she proudly raised mentoring and steeping her in traditional Irish music and language.

“For a number of years, I have been working and researching – with Lillis Ó Laoire – forgotten songs of my native area, great songs although they have never been recorded,” she says.“I would love to breathe new life into these old songs, rejuvenating them with modern arrangements and state of the art recording while still remaining true to the core tradition. This will reinforce the respect for what has gone before while at the same time moving the tradition further into the 21st century.”

The first of these songs is the new single “Seán Ó Duibhir a’ Ghleanna” which is recorded under the direction of producer, composer and multi- instrumentalist Dónal Ó Connor of Redbox Recording in Belfast. The song dates back to the time of Cromwell’s … in Ireland in the mid 1700’s. The glen that is mentioned in the song is Glen of Aherlow in Tipperary. It is there that Seán lived and was evicted because of the part he played in the (battle/war/fight?) and was forced to exile to Europe. Albeit that it is Munster that is mentioned in this song and that it is a Munster version, there is a striking resemblance between it and the melody Nellie Mc Connell from Derryleconnell in Donegal had put to the song. As well as that Maighread Ní Dhomhnaill also recorded a version on her first CD from which she got from Nellie Ní Dhomhnaill of Ranafast. This would seem to indicate that the song was widespread throughout the country and that it has roots in the North as well as in the South. It was from Doimnic Mac Giolla Bhríde I head this version which he sings so well himself.

“It was challenging for me to get the song right, as it depicts beauty and also at the same time heartbreak. Seán longs to celebrate nature and its beauty on a summers morning while yet his heart is heavy as he knows he must leave. Emigration is still something the Irish can relate to still to this day.“

With great guidance, and empathy to the song and to the voice, the music and arrangement was carefully produced by Dónal O’ Connor with wonderful accompaniment by John Mc Sherry, Paul Meehan and Conor McCreanor. Diane is also currently working on recording her new album of contemporary and traditional music with these artists and others yet to be announced.