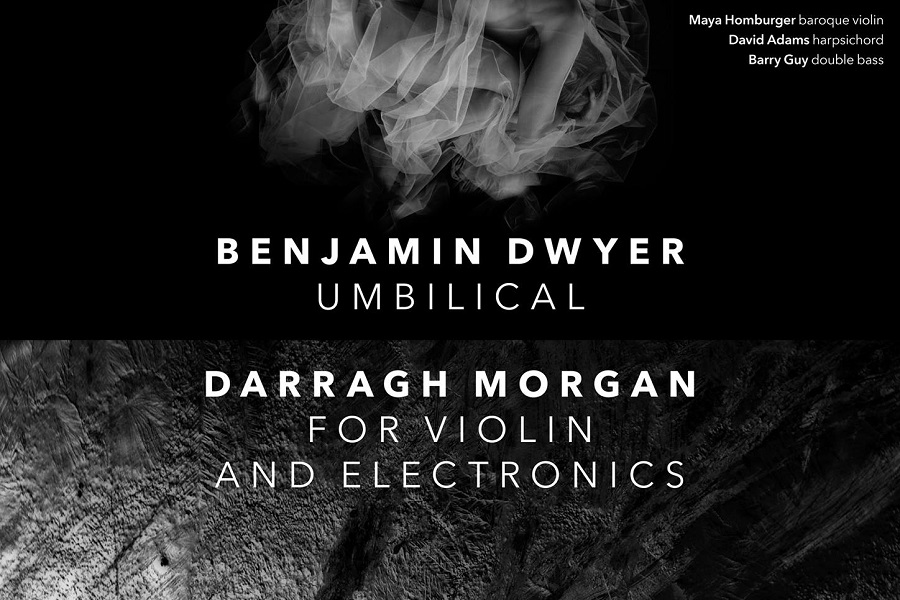 Accompanying the release is an essay by Dwyer entitled ‘Umbilical: The Story of Oedipus, the Story of Jocasta…’ in which he repositions the traditional narrative of the myth to foreground Jocasta’s perspective. In doing so, he proposes that “music is not only a sensuous phenomenon that invades us physically and psychically; it also creates a space within which intimacy might be communally shared.”

‘Umbilical’ is not a passive “evasion of tragedy”, but rather a direct confrontation; one in which “according to Lacan, the intensity of Jocasta’s sexuality calls into play the function of eroticism as proposed by his understanding of jouissance, which, building upon Freud’s constructions of eros and thanatos, posits sexual enjoyment as an eroticized death-drive. He sees the degree of frenzy in jouissance as taking the subject beyond the pleasure principle; a notion that is amplified in a proposal by Bataille arguing that Jocasta’s eroticism is ‘the disequilibrium in which the being consciously calls her own existence into question.”

Darragh Morgan is one of Europe’s leading violinists, internationally recognised as both soloist and chamber musician and frequently appearing at major festivals in many of the world’s most prestigious concert halls.

As a chamber musician, he has collaborated with artists such as Thomas Ades, Emmanuel Pahud, Joanna MacGregor, Nicholas Daniel and John Tilbury, and as a highly active and renowned interpreter of contemporary music has worked with and premiered the music of many of the most  important composers of our time including Arvo Part, John Tavener, Gavin Bryars, Philip Glass, Howard Skempton, Michael Nyman, Gerald Barry and Michael Finnissy.

Darragh has led Ensemble Modern, London Sinfonietta, MusikFabrik and the Birmingham Contemporary Music Group, was a member of the acclaimed Smith Quartet from 2005-11, and is violinist in the Fidelio Trio.

Umbilical celebrates its international launch with a live performance of the complete work on Friday 28th April 2017, at The Complex, Dublin, with Darragh Morgan ‘For Violin and Electronics’ launching on the same night. 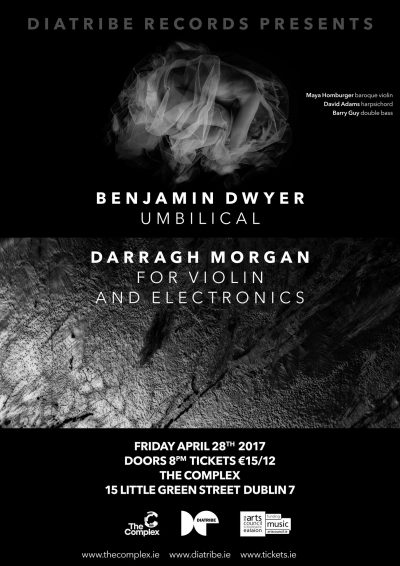