‘‘Disappear’ is the new release from Northern Irish based Singer/Songwriter Nina Armstrong.  The acoustic EP, which exudes hints of Suzanne Vega and Joni Mitchell, includes two original tracks and Nina’s version of the 80’s song ‘Crazy’ by Seal. 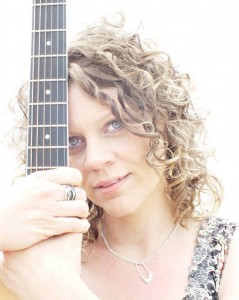 ‘Disappear’ is an imagining of what we might hope to hear from those we have lost if we were able to be with them one more time.  The second original track, ‘This Could Be Something’ ponders finding love in a way that is simple and almost quiet, an idea that we are unfamiliar with in today’s world.

Nina will be releasing the EP in January and to celebrate this will be performing live in venues in the North and South of Ireland in the coming months. She will launch the EP in the beautiful Grouchos Music Lounge in Richhill, Co Armagh and this will be followed by several appearances including the 10th Belfast Nashville Songwriting Festival and The Purple Sessions in Slane, where on her last visit her, ‘sweet voice and quick wit wooed the Purple Sessions audience into a stunned silence’

For more information on Nina and her upcoming EP visit www.ninaarmstrong.com