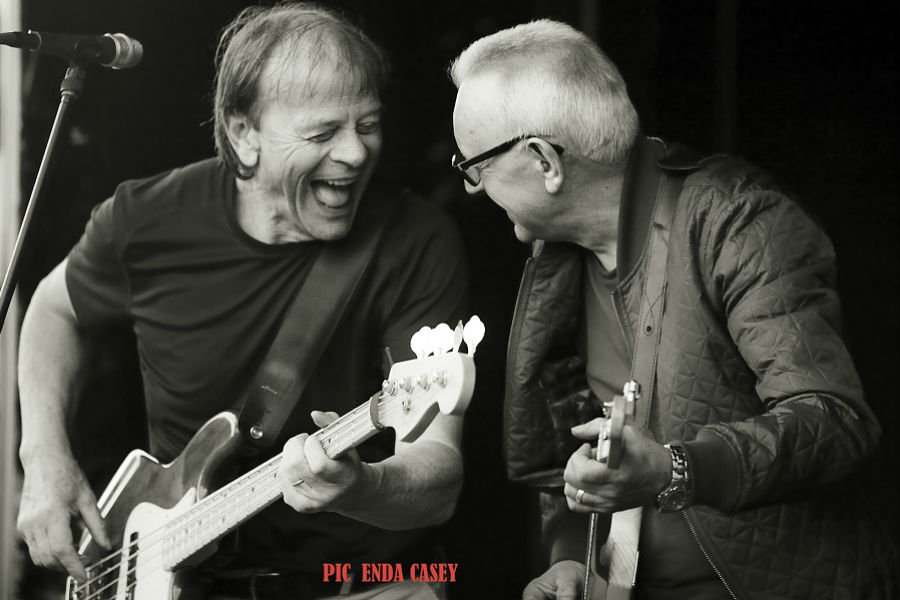 Two of Ireland’s best ever rock/blues musicians have collaborated to record an album together in January 2018 and tour many of Ireland’s best known venues this spring and summer. The tour kicks off on 8th March 2018 at The Five Lamps Arts Festival in the heart of the inner city in Belvedere House and continues to The Ramor Theatre Virginia Co. Cavan on Sat 10th March, back to Dublin on 16th March to Dundrum’s Mill Theatre and on to Dunamaise Arts Centre in Portlaoise on 24th March.

April sees the band play concerts in Monaghan, Bray, Westport, Newbridge and Listowel. May sees concerts in Cork, Limerick, Offaly, The Draíocht Dublin and Wicklow Town. The band continue in June, to theatres in Dundalk, Wexford, Mullingar and Gweedore in Donegal with the tour culminating in the prestigious Clonmel Blues Festival in August.

Don Baker is known as a prolific singer/songwriter/musician for over 50 years and has had two number one singles ‘Winner in You’ on the RTE label and ‘Inner City’ which was recorded by The Jolly Beggarmen. Other artists to record Don’s songs include Sinéad O’ Connor, Finbar Furey, Declan O’ Rourke and Liam Ó Maonlaoi, with Bono from U2 describing Don as ‘The best harmonica player in the world’. Don, has published several books on how to play the harmonica, which have been translated into many different languages, including Japanese! He has also released a total of 15 albums during his career. As an actor Don is best known for his role in ‘In the Name of the Father’ alongside Daniel Day Lewis, and also as gangster Thomas Flynn in ‘Fair City’.

Rob Strong, from Derry, on bass guitar and lead vocals, is another of Ireland’s Living Legends, who also has been performing for more than five decades! Rob still has that unique and sensational voice that saw him pull in huge crowds with ‘ The Plattermen’ one of the top showbands of the ‘1960s, and his own band The Rockets in the 1970s. Indeed Rob once turned down the opportunity to join the world famous ‘Deep Purple’. Rob also plays bass and sings, with his son, Andrew Strong, lead singer of ‘The Commitments, when they tour Germany, Denmark and Sweden. Indeed Andrew and his sister Niamh  will both guest with the band on a number of dates, as will Dubliner Richie Malone (Rhythm Guitarist with Status Quo) and Don’s lifelong friend Finbar Furey.

The band also features one of Ireland’s best keyboard players, Salvatore Urbano from Naples in Italy. ‘Sal’ has also recorded with Damien Dempsey, Brian Kennedy, Sinead O’ Connor and Eleanor McEvoy. He is widely regarded as amongst the best in the business and fuses the band’s blues and rock genres, in such a natural and creative manner. On drums Hue O’ Neill from Dublin,  has played with some of the world’s finest musicians, including Jerry Lee Lewis, Dan Akroyd, Eric Bell and Ronnie Wood, completing a stellar line-up in a pulsating new band.

All in all, Don, Rob and the band, guarantee a great night of real rock n’ roll Live! No backing tracks, no sound effects, not even lip-sync- just pure raw talent that has stood the test of time- over 50 years on the rock n’ roll road in Ireland, the country’s finest ever exponents of Soul, Rock and Blues!