Donegal’s In Their Thousands to Release ‘Sit And Breathe’ 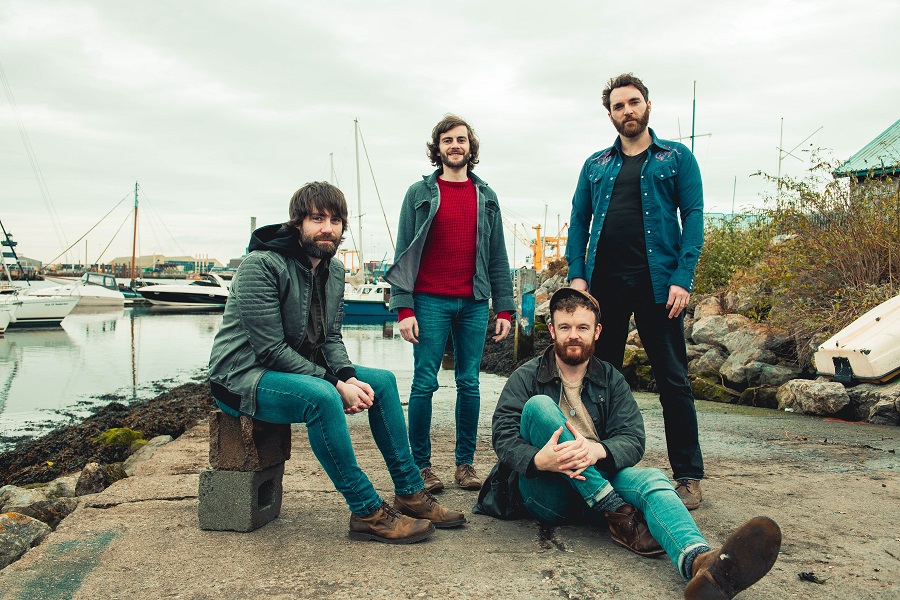 On Friday, 5th April, In Their Thousands release ‘Sit And Breathe’, the second single from their upcoming second album, ‘Acrasia’.

The album was written in sheds in the countryside in the depths of winter before being recorded and produced by Tommy McLoughlin (Villagers, SOAK, Lisa O’Neill).

In Their Thousands are Declan McClafferty, Aidan McClafferty, Ruairí Friel and Marty Smyth – two brothers, their first cousin and a lifelong friend from the north-west Atlantic coast of Donegal, Ireland. The four-piece making deep, epic alt-rock, drawing influence from contemporary acts like Frightened Rabbit, Foals, and The National as well as from their home and traditional Irish music heritage.

‘Sit And Breathe’ songwriter Declan McClafferty says: “I’m fascinated with the way the world is transitioning from being an analogue existence to a digital experience – and how the gap between rural and urban, older and young is broadening. The lyrics of ‘Sit and Breathe‘ are about the simple pleasures of relaxing and enjoying the experience of simply being in the right now.”

Hailing from a desperately beautiful, rural place with dramatic landscapes and a history of emigration, In Their Thousands’ sound is deeply influenced by the their surroundings, blending imagery from the natural world with modern Americana sounds and a pounding rhythm section.  Acoustic instruments, stadium electric guitars, alt-country influenced pedal steel mix with spacey synths and spiritual, trippy, raw lyrics that search for meaning and an emotional, honest take on everyday experiences.