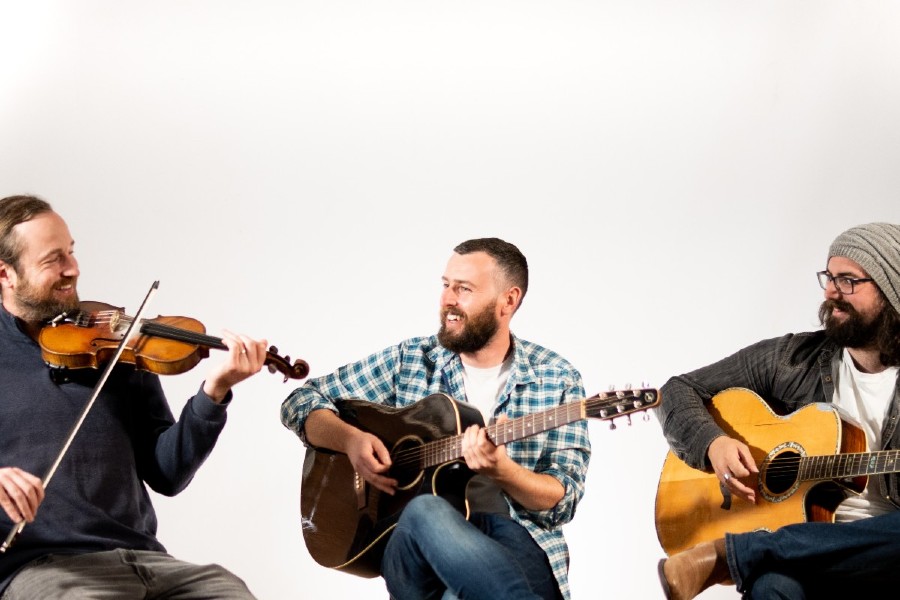 Doppler’s debut single ‘A Memory’ has spent this summer on heavy rotation on Irish radio as it made the RTÉ Radio 1 Recommends List for a several  weeks.

After Hot Press premiered the video it sparked a “phenomenal reaction” according to HP’s A&R Dept main man Stuart Clark.

The Specials guitarist Horace Panter also struck an unlikely friendship with the Ballina based trio and is now a legit fan after stumbling across the track. ‘A Memory’ has now amassed over 90,000 plays on Spotify.

Pre pandemic Doppler has shared the stage with the likes of Gavin James, Neil Hannon, CathyDavey, The Blizzards, The Saw Doctors, Jackie Beverly and even played with Bonehead from Oasis on several occasions.

This summer, Doppler signed a deal with the Dublin based music publishing company The Nucleolus. It was a busy couple of months for the new three piece as they have performed on several high profile social media channels ( FlutterTone, Hot Press Y&E Series, Linenhall Arts Centre, Cuppa Tea TV, Finbar Hoban Presents to name a few) as well as performing live in the Ballina Arts Centre and have booked several gigs for this winter including a scheduled show in the TF Royal Castlebar.

Why release a new acoustic instrumental single live? And ah…. why in a polytunnel???

“Cash is tight,” explains  lead singer Jamie Mulrooney. “Our plans have taken so many blows. We had hoped to have released much more music but because we have been either laid off from work completely or on PUP. We can’t afford to get to the studio right now. This coupled with the fact that we can’t gig to make any money has forced us to think outside the box. We know we have a polytunnel, a laptop, a video camera and time. This way we got as tight as we could on this instrumental track and rehearsed a lot. It’s an intricate little piece so it was great fun to get right.”

Guitarist Mick Dempsey added, “Also we wanted to bring real 100% live music to people but also to make it high quality, audibly and visually. Aesthetically we knew the polytunnel was a unique location and we could run electricity to it with a few extension leads. The fact that it’s an instrumental track made us think we can have fun with this release.”

“Barracuda” will be available on all streaming services for the limited time of a month. The Ballina based trio plan to officially release two studio recorded tracks, one either side of the new year.