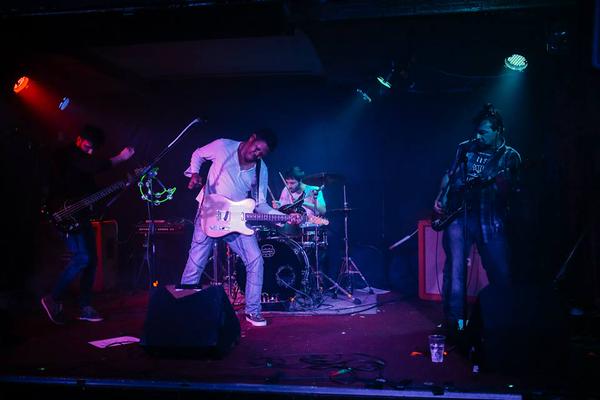 Dublin’s underground scene reaches the surface with both BLUESUN and SAINTS BOULEVARD co-headlining the Double Whammy Record Release Party on Saturday, 26th of September at The Mercantile. Doors open 7.30pm.

Bluesun’s SCRAPING single has charted favourably amongst numerous digital stores including iTunes, Spotify and Amazon. The single already doing the rounds on American College Radio is sure to be hit on the Irish airwaves. Bluesun recently shot to Number 1 on the Reverbnation Download Charts with both Scraping and their first ever hit song, Someway. Previous to this, the band went from Number 10 to 7 to 6 to 5 in the space of two weeks. The current lineup offers an international slant with an American singer, Irish guitarist, Romanian bassist and Brazilian drummer.

Saints Boulevard will debut a double A-side single with 21ST CENTURY JESUS and FEELING I WANNA FEEL. The band only formed two years ago and have garnered favourable attention from highly regarded music publications like Pure M and Forkster. After a major appearance at Andrews Lane Theatre for Garage Gigs anniversary, the band found a new confidence and entered the Reverbnation Download Charts at Number 10. The young Irish trio deliver alternative rock with a heavy emphasis on melody and their popularity is surely growing.