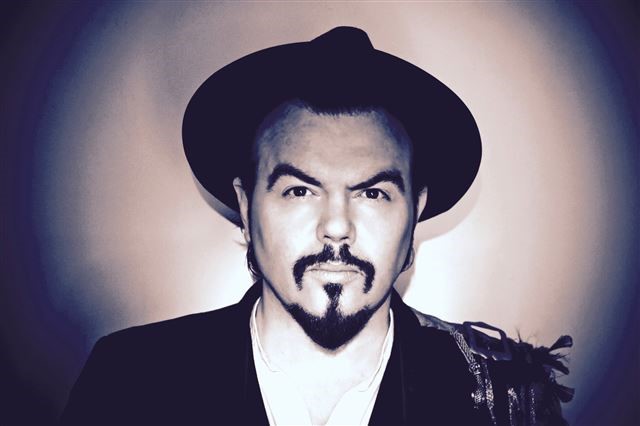 Jack Lukeman has announced the release of double A side single “Sweet As Freedom”/“Deeper Down The Rabbit Hole” set for release on Friday 27 January 2017, the same date as the release of 12 track original album ”Magic Days”.

“Sweet as Freedom” is a modern topical soul song, giving snapshots of news reports from around the world in the verse and celebrating the joy of freedom in a post truth world in the chorus. Musically it is greatly inspired by Motown, especially Marvin Gayes’ “What’s Going On” album. Epic strings come courtesy of L.A based Irish Grammy Award nominee Brian Byrne.

Musically the track is like the sugar plum fairy on speed, with beautiful brass and strings arranged by Jack’s long time piano man Derek Cronin, with producing wizard Vasileios Gourgourinis. It’s very much a psychedelic fairytale chase across the morning fields, down whatever Rabbit Hole the listener chooses to apply, taking something from C.S Lewis’s Alice in Wonderland and The Wachowskis’ Matrix movie.

Fresh from a successful run at the Hollywood Fringe festival where Jack picked up 2 awards in 2016 and a successful U.K tour with Jools Holland’s Big Band culminating in memorable night in the Royal Albert Hall, “Magic Days” is his first new studio recording of original material since 2013’s “Great Wall of China”. This pivotal work refines the music that has come before and signals many exciting new directions. Lukeman, in possibly the finest voice of his career, worked with a veteran team of gifted musicians and friends with string arrangements from Grammy Nominee Brian Byrne and long-time collaborator Derek Cronin, guitar by Conor Brady (The Blades/Commitments), with drums by Conor Donovan of Damien Rice/Ed Sheeran fame all wrapped up in the production magic of Greek Sound Wizard Vasileios Gourgourinis and Jack.

From the opening horn-fueled swagger of “King of Soho” to the closing beauty of “Till I Saw You”, ‘The King of Soho’ displays the full career range of Lukemans’ imaginative songwriting, from beautiful ballads like “You are the Sea” to the avant cinematic soundscape of “Sky News Blues”.

On tracks like “Sunset Is Blue On Mars” Lukeman shows off a beautiful falsetto, while on “Diamond Days” we hear the old oak depths of his seasoned voice. With strong hooks and indelible melodies, this proves to be a Jack L classic.

There is an underlying political theme to songs like “Sweet as Freedom”, “Sky News Blues” and “Superman 2”, with “Left Hand Man” and “The Show” exploring alienation and parallel universes. “Diamond Days” is a homage to the joys of creativity and the imagination, while “Till I Saw You” is the tale of a time traveller who finally settles down.

The title “Magic Days” comes from the search for this magic days in life and while recording the album. According to Jack, “Of the 30 songs we recorded these were the ones that had the sparks of magic black or white. The songs stand out individually but basic theme of the album is that every song has a bit of magic in it. ‘Magic Days’ is about finding the magic in the mundane, the idea that every day is a miracle. It’s a step forward musically and song wise but also harnessing a lot of the different styles I’ve touched upon with the 10 or so albums I’ve released. It has varying musical influences, Blues, Rock, Pop, and Swing with themes varying from the wonders and woes of the world to the mystery and nature of consciousness. On a whole it’s a very positive album as the title ‘Magic Days’ suggests.”