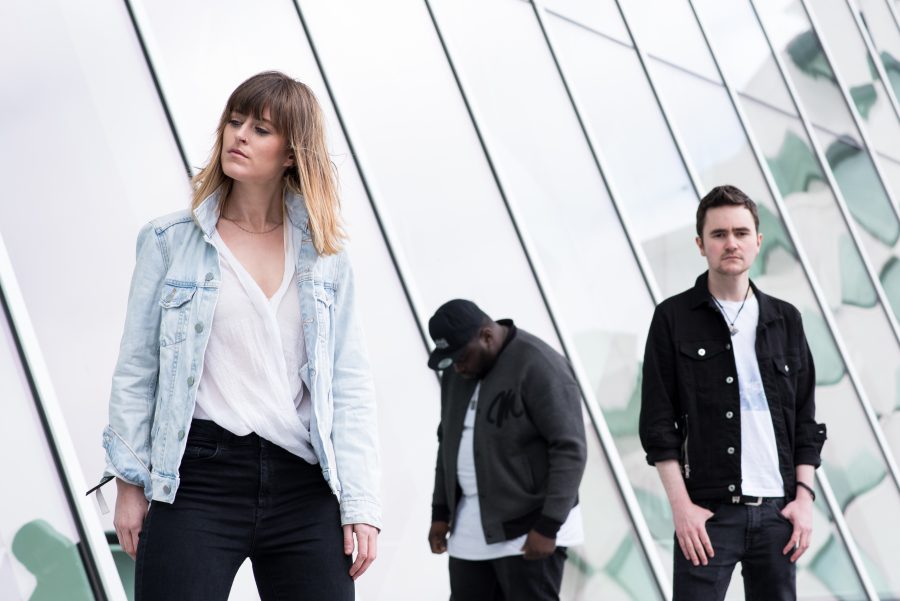 Dreaming of Jupiter’s sound incorporates a number of different influences from Electropop to Funk, RnB and Trip Hop in such a cohesive way it feels as though they have created a genre all of their own. It’s groovy, it’s atmospheric, it’s soulful and it’s different.

The band has exploded into 2018 having been featured on RTE’s ‘Striking Out’ in January and performing to a sold out Button Factory as part of legendary Chic Drummer Ralph Rolle’s ‘Funk Patrol’. Shortly after, the band released ‘Let Me Down, the first single from their upcoming debut EP. The single was premiered in February by renowned music blogger Nialler9 who commented that ‘Let Me Down’ “is a promising introduction to their forthcoming EP, an atmospheric and soulful groove that features elements of RnB, Funk and Electro-Pop with a Hiatus Kaiyote-esque sound.”

The track has received very high praise amongst the music industry and fans alike, and received airplay by 2fm, 98FM and Dublin City FM to name just a few stations. Following its release, Dreaming of Jupiter were named ‘Ones to Watch’ by Dundalk FM, ‘Let Me Down’ was Roddie Cleere of KCLR FM’s track of the week, and John Barker of 98FM commented that it is one of his
favourite songs of the year so far. The accompanying music video for this track, released on March 6th, was directed by acclaimed Manchester director Wes Rashid, after the band completed a mini UK tour in February, including a performance in London’s O2 Academy2 in Islington.

Following a performance at the world famous ‘Musikmesse’ in Frankfurt in April, the band released the second single from the EP, ‘Right Kind Of Love’. This Ambi-Groove Summer anthem was premiered by Clash Magazine who noted that “The rising trio have a soulful sound, one matched to effervescent pop and an ability to side-step trends. Carving out their own path, each new
release represents a step forward, with Dreaming Of Jupiter continuing to excel”. Dreaming of Jupiter have performed at some of Ireland’s top festivals this summer including ‘Body and Soul’, ‘Electric Picnic’, ‘Vantastival’ and a headline show in ‘The Secret Village’, to name a few.

As the summer draws to a close, Dreaming Of Jupiter now prepare to release their debut EP ‘Fading’ consisting of four tracks. Themes of ‘Fading’ include loss, grief, memory, self-worth, sexuality and solace. The EP will be launched on November 29th with a live concert. During the performance of the title track, the band will be joined by renowned visual artist Jessie Hopkins. Using the
music as her muse, Jessie will create through full body participation, a painting that will manifest as a visual representation of the energy shared between her and the band during their performance of the song. The one-off painting will serve as a direct visual interpretation of the energy of the show. This combined with colourful soundscapes, infectious grooves, spoken word and a mix of English and Spanish lyrics promise a unique, electric and explosive finale to what has been a ground breaking year for Dreaming Of Jupiter so far.