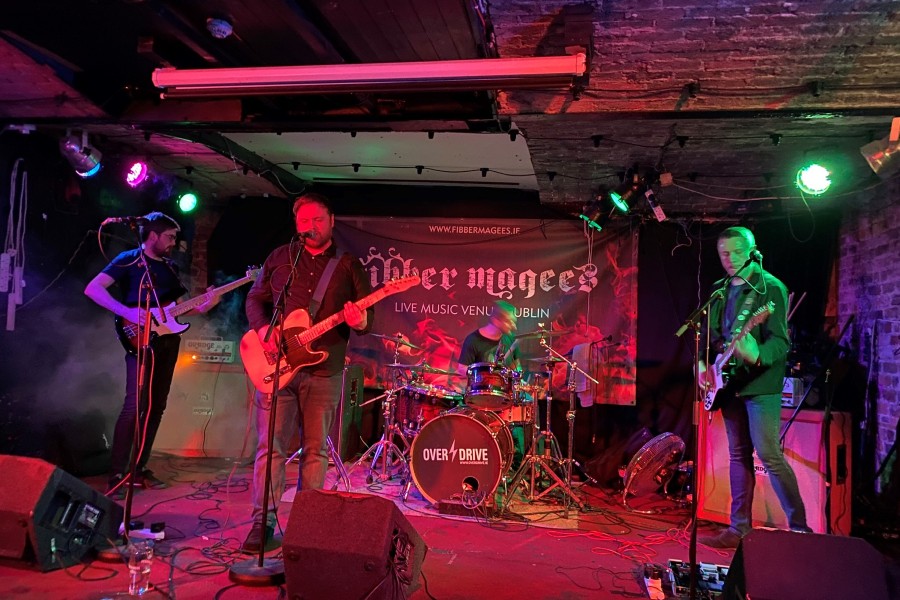 Dublin based band Battle Skies are about to release their new four track EP.  The ‘Atoms’ EP was recorded in the second half of this year, during an extremely challenging period for the band as they navigated various lockdowns and restrictions to ensure the band finished the year on a high with its release.

The new EP sees the band experiment with different music styles and deals with a broad range of themes such loss, regret, despair and hope which were all heavy on the bands mind during the writing/recording process.  The ‘Atoms’ release is produced / mixed / mastered by Berlin based regular collaborator Colm Rutledge (ex Humanzi / Mighty Stef) who has been at the helm of all the bands releases so far.

Speaking prior to the release of ‘Atoms’ release, guitarist Vinny Duggan said:

“We are really proud of all the tracks on our new EP. We feel it is our best work to date, we put our heart and soul into the writing and recording process and we can’t wait to have it out there. It was really important for us for the tracks to be released in 2020, because the four tracks provided the soundtrack of our lockdown this year and and also gave us the focus to get through it and make something new and exciting.  Looking back at it it was a miracle we got its  finished with the amount of obstacles thrown our way since March (no gigs, rehearsals studios closed and band members contracting Corona!)”